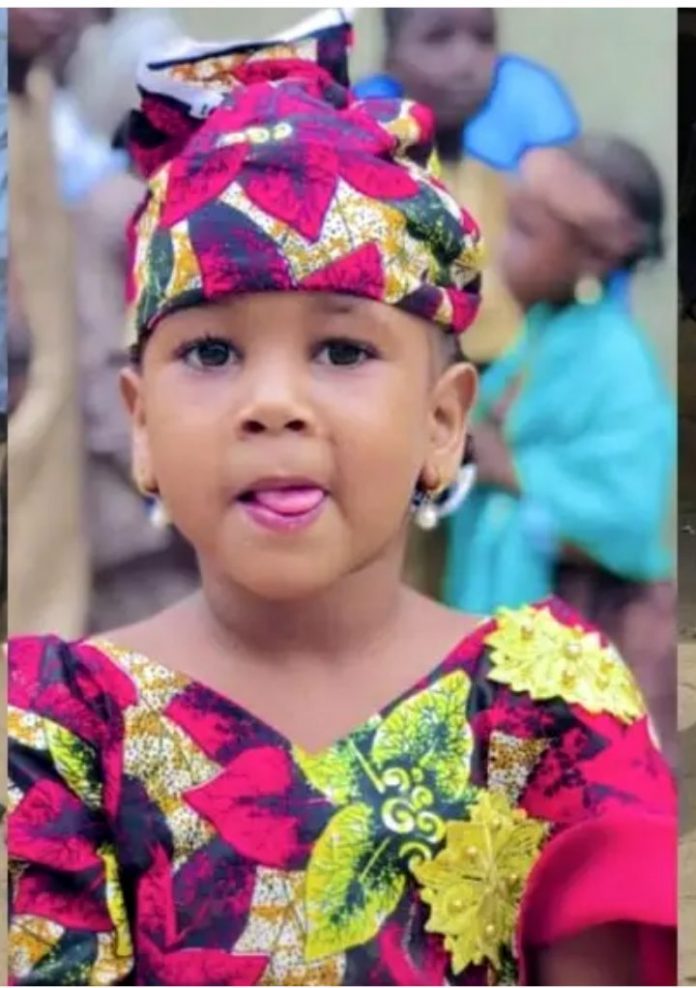 KANO—Kano residents were, yesterday, shocked to the marrow as a school teacher, Abdulmalik Mohammed Tanko, was arrested for kidnapping and killing his 5-year-old student, little Hanifa Abubakar, after collecting N6 million ransom.

It was gathered that Abdulmalik allegedly poisoned the teenage girl after realizing that the victim had recognized him and later connived with one Hashim Isyaku to bury her in a shallow grave dug within the school premises.

Confirming the incident, the Spokesman, Kano State Police Command, SP Abdullahi Haruna, said the duo of Abdulmalik and Isyaku have been arrested and they have confessed to committing the crimes.

SP Haruna further said that one Fatima Jibreel Musa, who was initially enlisted for the crime but rescinded, was also arrested. On investigation, Abdulmalik confessed that the victim, Hanifa was his student at a private school in Kwanar Dakata, Nassarawa LGA, Kano State. He kidnapped her and took her to his house where he contacted her relatives and demanded a ransom of Six Million Naira (N6,000,000.00).

On the 18/12/2021, having realized that the victim recognized him, he claimed to have poisoned her to death, conspired with one Hashim Isyaku and buried her in a shallow grave within the private school premises located at Kwanar ‘Yan Gana, Tudun Murtala Quarters, Nassarawa LGA, Kano State.

The suspects led a combined Team of Operatives of DSS Kano State, Kano State Police Command’s medical team and Team of Operation Puff Adder to the scene. The body was exhumed and rushed to Mohammed Abdullahi Wase Specialist Hospital Kano, examined and confirmed dead by a medical doctor and released to the relatives for burial according to Islamic rites.The case will be charged to court upon completion of the investigation.”