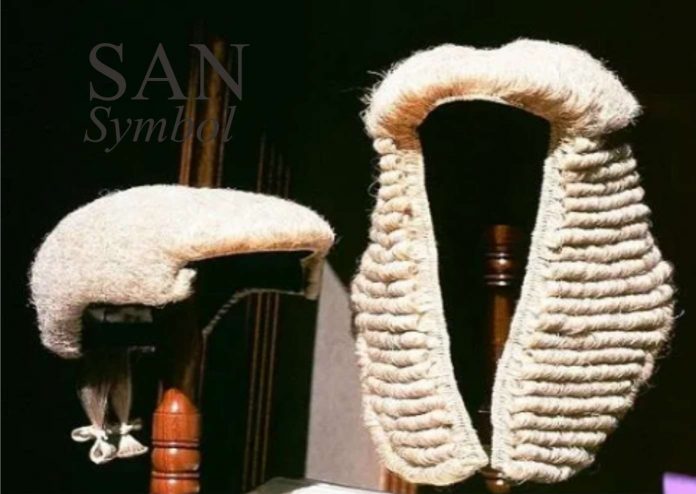 The Nigeria Police force headquarters have charged a 48-year-old lawyer, Boniface Ugwuowo, before a Federal High Court in Abuja over forged documents.

In a 12-count charge, marked: FHC/ABJ/CR/256/2020, the police  accused  Ugwuowo   of submitting forged  documents to the Supreme Court to qualify him for the rank of Senior Advocate of Nigeria (SAN).

Application for the rank is highly competitive among lawyers in Nigeria in view of the privilege it confers on a bearer.

The lawyer’s formal arraignment, scheduled for December 3, 2020, was put off due  to the failure of the prosecution to produce him when the case was called in the court.

Justice Okon Abang, who was unhappy with the prosecution’s absence even when there was evidence that it was aware of the  date, rescheduled the arraignment for  February 23, 2021.

In SC/322/2014 between Chukwuemeka Agugua vs The State, he was alleged to have replaced the name of Ebenezer Obeya, who appeared for the appellant with his name “at page 29 of the judgment; the front page and page five  of the Supreme Court brief of argument.

The lawyer  was said to have also replaced the name of  Audu Sani Esq, who appeared for the 2nd appellant  in SC/195/201) between Sunday Offor and Anor vs The State,   “at page 32 of the judgment;   front page and page four  of (he Supreme Court brief of argument.

Ugwuowo is said to have, by his acts, committed offences contrary to Section 1(2)(c) of the Miscellaneous Offences Act CAP M17 LFN 2004.

Immediate past Chief Justice Walter Onnoghen had raised the alarm in 2018 that some desperate lawyers had  developed the habit of submitting forged documents in their efforts to qualify for nomination for the rank of SAN.