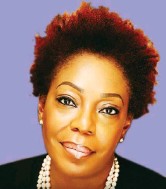 I cannot but briefly comment on the 2017 NBA Conference. As the saying goes all is well that ends well whether or not it starts badly! This may be the story of the just concluded NBA Conference in Lagos, amidst allegations of mass inability to register on the internet, inability to collect the access cards to the Conference and Conference materials, and most importantly, inability by many Lawyers to collect the world famous “Tablet” before the event (pronounced in the Nigerian way, ‘Tabelet” by most of the complainants that I heard venting!), which was to be one of the highlights of the event for a lot of Lawyers.


I had also wanted a Tabelet, until 2 friends of mine (who are not acquainted), separately told me that the Tabelet was the cheapest Tabelet ever manufactured in China. One even went further to say that, he would be pleasantly surprised if the Tabelet was able to function for up to 3 months. So, I perished the thought.

A friend of mine, informed me that, despite the N300,000 late registration fee that her company paid on her behalf for her to attend the Conference, it was only after several attempts, that she was finally able to collect her access card from the Law School on Sunday, August 20th, just before the Conference Opening ceremony was to commence.

As for me, I was not that lucky. The Deputy Editor called me on Sunday afternoon, to inform me that he had just collected his access card. I asked him to collect mine, but he said it was mandatory that I collected my Media Access Card, personally. So I hurried to the Law School, only to be told that my name was not on the list, despite all my details being made available in advance for accreditation. So, no access card. I simply slunk back home, bitter that I had rejected my cousin’s invitation to spend Sunday afternoon with her at the Beach, and instead, had wasted my time embarking on a fruitless endeavour to the Law School.

With the intervention of my Mother, Dame Priscilla Kuye and Lady SAN, Chief Folake Solanke, I was finally given an access card, with the excuse from the Conference Planners, that there must have been a glitch responsible for the oversight! I was then able to make an appearance last Wednesday, at the Governors’ Forum at the Conference.

Why can we not get it right in Nigeria? Most active senior lawyers, have spent many years attending the IBA and many more international conferences, than you and me put together, so why does our own have to be with tears? My registration for the upcoming 2017 IBA Conference was easy. I simply filled a form on the internet and in less than 48 hours I received acknowledgement of my registration. Shi ke nan!

Becoming a Senior Advocate of Nigeria

Recently, the Legal Practitioners Privileges Committee released a new set of Guidelines for the Conferment of the Rank of Senior Advocate of Nigeria (SAN). Apart from the requirements like 10 years post-call standing, the number of cases the candidate should have conducted in the various courts, type of chambers, employees, chamber library and so on, the requirement that should be of most importance as far as I am concerned, is the one that makes it mandatory for a candidate to be of good character and of impeccable integrity. Section 16(2) of the Guidelines provides that “The evaluation of the candidate’s competence shall be based on the following weighted criteria: (a) Integrity (25%). While the other criteria are rated 10% and 15%, Integrity alone is the highest, even higher than general knowledge of the law which is 15%. Section 19 provides for several qualities including high professional and personal integrity, honesty, good character and reputation etc.

The purport of the Guidelines, is that a candidate for SAN must have a flawless and unimpeachable character. Sadly, it seems that what should be a pre-condition before the other requirements kick in, so that our Honourable Profession is not brought into infamy and disrepute, may be the most unimportant to the Privileges Committee.

A SAN: King of ‘Fake Service’

There is a SAN that I know. Aside from the fact that for some unknown reason, he changed his name sometime after completing his tertiary education (maybe he found Christ and decided that his former name was devilish!), one of his specialties seems to be ‘fake service’ of court processes.

His chambers purported to effect personal service of a court process on my client. Unfortunately, for them, aside from the fact that the signature on the acknowledgement was certainly not that of my client, my client who has more than one office in Lagos, had not visited the particular office where he was alleged to have received the court process, in at least 5 years prior to the fake service! My client’s signature had been forged on the acknowledgement, and quite badly, I might add.

I was shocked when I saw the same SAN, who is famous for his unbecoming conduct and underhand tactics, in court last year, still using the fake service tactics. The lawyer on the opposing side, vehemently denied that his client had been served by the ‘Unlearned SAN’. I thought to myself, “you mean this man is still doing all this nonsense and he is still a SAN?”

How do the relevant bodies, intend to clean up the Legal Profession in Nigeria, when people of suspect character are elevated to the most esteemed rank? In the past one month, two separate groups have published petitions in This Day Lawyer, against a certain female lawyer who is to be conferred with the rank of SAN in the 2017 batch.

Section 18(2) of the Guidelines provides inter alia, that the candidate must be of good character and must have no pending disciplinary case or complaint relating to professional misconduct against him (or her)….Certainly, the allegations that have been levelled against this woman, are grave. In fact, the petition that was published against her on 25/7/17, was one that went before NBA Disciplinary Panel A in June, 2014.

I quote from the Report of the Panel “The allegations by the Petitioner against the Respondent are valid and supported by evidence. It is clear from the evidence provided by the Petitioner and the inadequate Reply of the Respondent that the Respondent had no valid reasons for committing the acts alleged by the Petitioner….In the words of Goodluck .J. ‘Applicant’s Counsel (the Respondent in this petition) ought to have declined this brief and maintained a dignified distance from this suit in the light of her involvement with this Estate….it portends of professional impropriety and I dare say moral impropriety’….In the final analysis and against the backdrop of the conclusion reached in all the allegations above, we hold the view that there is a prima facie case of serious professional misconduct/ infamous conduct against the Respondent, which should be forthwith referred to the Legal Practitioners’ Disciplinary Committee”.

Similarly, another petition against this female candidate, made to the CJN and the Privileges Committee, was published in our 22/8/17 edition. Allegations of withholding and suppressing court copies of processes to frustrate the hearing of a matter for years, abuse of court process and indebtedness to landlords, were levelled against her.

The truth of the matter is, if we continue to operate our institutions like this, and encourage impunity, Nigeria will never get out of the rut/rot, which it finds itself in. I hope that the esteemed rank, will not be turned into ‘Senior Advocate of Nefariousness’, making most deserving and decent Lawyers shy away from it!

It is imperative that, there exists a central computerised pool, in which any petition made against a legal practitioner to the Disciplinary Panel/Committee, should be entered into. Before, any application for SAN is considered, Step 1 of the process, must be that the list must be referred to by the Privileges Committee, to check if the candidate’s name features on the list.

If a candidate indeed, features on the list, and the petition has not been dealt with, then it must be properly disposed of, evidence taken from all the interested parties, and a decision reached, before such application for SAN may be considered (if the candidate is absolved of the allegations). I do not deny the fact that some clients can be malicious, especially if they are dissatisfied with the outcome of their matter, but to simply ignore petitions and go ahead and confer such a coveted rank on the undeserving, is almost sacrilegious.

The essence of having a Legal Practitioners’ Disciplinary Committee, is not for decoration, but to hold Lawyer’s accountable for their actions, and discipline them where necessary. The fear of being apprehended and disciplined, and in the worst case scenario being disbarred or prosecuted for criminal acts, will serve as a deterrent against professional misconduct and impunity.