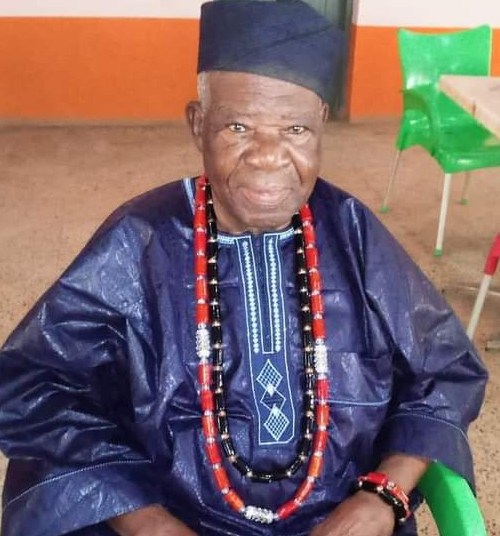 He died after a week at the intensive care unit of the University College, Hospital. An obviously heartbroken family source, according to OyoInsight said that the academic had been admitted at UCH following a fatal accident on his way to Owo few days ago.

Ninety-year-old Professor Toriola Oyewo is one of the lawyers who recently attained the revered status of Senior Advocate of Nigeria (SAN). At 90 years, the Erunmu born Professor of Law is regarded as the oldest lawyer to be awarded SAN. In this interview, he speaks with NIGERIAN TRIBUNE’s WALE AKINSELURE on what the SAN status means to him, the long wait before attaining SAN status, his journey to studying law, greatest challenges facing the Nigerian judicial system and local government system.

You were one of the 72 lawyers that have just been deemed worthy to bear the SAN title. This is coming when you are almost 91years. How do you feel getting this title at this point of your life?

Would you have wished that you got the SAN title earlier?

One would imagine so, but God has a way of rewarding people. I remember vividly 1999, I contested and despite my publication at that time, it was not granted. It was given to late Professor Omotola of Lagos State. In year 2000, it was given to another fellow. In year 2001, I contested under the academics and it was given to the late Gani Fawehinmi. Unfortunately, Fawehinmi was given under the academic column, which was wrong because he was a practitioner. But I didn’t quarrel and still had my faith in God. Subsequently, we applied then it was given to another fellow. Our profession is honourable; they have reasons which they are looking at so I was not given. But it was only given one per year at that time. But the Romans say don’t give up, try and try again. Apart from your knowledge, your writings, there are so many things they look at. But, God says this is the time and I’m so happy that it has come when I’m about 91years. I’m happy it is not a posthumous award.

Run us through your journey in life, particularly how your studying law began and your course in practice?

I was born in Erunmu, I attended school and throughout, I was taking between first and third position. At the early time, there was preliminary teachers’ training college which I attended in 1948, I came first. And on the 11th of May when I was in Teachers’ Training College, my mother gave up the ghost with the instruction that whatever I did in life, I must face my studies and that it’s only through this that I would be successful in life. I stuck to what she told me but unfortunately, she didn’t see the end of our discussion and she died on 11th May 1948. My father was going to look for her; he stumbled and died, so I became an orphan. Since 1948, I have not had it very easy but I had on my mind the need to face my studies. I came to the Ogunshola family, my sister then was married to Ogunshola, very erudite, very knowledgeable, very strong. He took me up and I was doing my studies. I went to grammar school because I love education. I was asked to be a teacher in 1949. Then they accepted me at Government College, Ibadan and at Ibadan Grammar School. They took me as a scholarship holder at Ibadan Grammar School; That is, Old Boys’ scholarship because I came first throughout the time. But they didn’t want to keep me in Ibadan saying I was from a village in Erunmu. Therefore, they gave only two people – one of them is dead now. Then the Agbaje scholarship came up and he said they must help this boy. Then I became Old Boys’ scholarship holder. When I was in Form 4, I felt I was not progressing but something kept telling me that my mother asked me to face my studies but did not provide means of doing it, so I had to work on my own. I also realized that the practice of my sponsor them was not moving on well.

So, I went outside to St Lucas where I did Cambridge School Certificate as Private Candidate. In January 1954, the result came out and I became Cambridge school certificate holder. Then, my great principal of Grammar School, who loved me so much, Reverend Alayande, saw my name. He saw my name and said he will whip me. I feared cane and lied that it was not my name that he saw. I told lies for the first time. Then he left me and I went to confess that I was leaving the school. Then I came to Mapo to work because I was a certificate holder for local government. I was there until 1956 and left for study leave without pay in the United Kingdom.

When I got to England, I was met by only two people. An orphan was met by now Bashorun Kola Daisi with uncle K.O. Latunji. So, I put up with Bashorun Kola Daisi. I am popularly called “Olympics” because I was an athlete in school. Bashorun Kola Daisi asked what I wanted to do and I said I was going to the Olympics. So, I became “Tori Olympics”. Then Kola Daisi asked what I was studying. He then said he wanted me to study law. I immediately objected to that. I said my brothers told me to study secretaryship. He said since I was the best in General English subject, I must do law. I reluctantly accepted and that is how I came to study law. I was looking at the salary at that time. I was earning 10 pounds and a secretary was earning 50 pounds so it was the money I wanted. But Daisi asked me not to look at the money but the future. So, I became somebody studying law.

When Daisi wanted to come back home, he did not want to tell me but Andrew Onojeme secretly told me that my uncle was going home. I saw Kola Daisi packing and I asked where he was going. He questioned me back where I was going. He then said he was going to send me my wife and that was how I married my wife. He said my wife would be my comforter when I get home. I waited and finished by LLB and B.L and he said I had no right of attendance in court until I passed B.L. On the 16th of July 1962, I was called to the English Bar with honours. I came back home and then I started practising with Akinloye Chambers. I did all my best and God was very kind to me. Something struck me that I should not start looking for money. I saw advertisement at the Obafemi Awolowo University (University of Ife then) that they wanted to start Institute for Local Government Training. I fit every sentence of the requirements in the advertisement. The Europeans were leaving then and they needed Yoruba people. So, I was appointed as the first expert in Local Government Law and Administration at the then University of Ife. Then, I studied for Master in Public Administration. When I got my Master’s (MPA), you had opportunity to register for any degree anywhere. I registered for PhD in one of the universities in America. I had the PhD in America in 1985. But, when they wanted me to register for PhD in Ife, I refused and requested to do the Masters. I did not want to tell them that I was already a candidate for PhD. Then, I registered for and got the Master in Philosophy and Master in Public Administration at Ife and PhD in the United States. The call it Great Ife but people from University of Ibadan prided themselves on being from the premier university. So I decided to try the premier university too. I looked at the advert of the University of Ibadan and they advertised for African Law, which looked strange to me. So, I went to the Institute of African Studies, University of Ibadan, and got Master of Arts and I was the best student then. After Master of Arts in African Law, I was persuaded to do PhD. So, I went in to do the PhD and I had my PhD in African Law also. From there, they took me up. I worked with the University of Ibadan and was very happy. Then, the Lead City University, Ibadan, took me on as Professor and Dean of Law. From there,Crescent University took me on, on contract basis, and I worked with them as Professor and Dean of Law. I wanted to come home and rest, but Al-Hikmah University, Ilorin, also engaged me. I was there, they didn’t want to leave me but Adeleke University, Ede, came calling asking me to come back home. That is where I am now. From Adeleke university, I put in for SAN and was given.

Having been a Professor of Law for many years, would you have felt unfulfilled if you had not been given SAN?

I would have felt fulfilled but not absolutely; fulfilled in my academic career but for my professional career, no. This SAN makes you a great and renowned lawyer. When you come to court, your case will be heard first. What you will wear is different from what a lawyer will wear; I will begin to wear silk now. You will stand unfulfilled professionally.