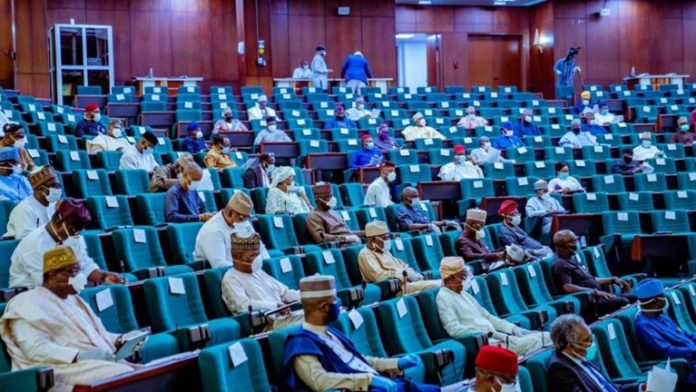 The Senate has announced that no person, party, or organization has presented the upper chamber of the National Assembly with any concrete evidence that could justify the dismissal of Isa Pantami, Minister of Communication and Digital Economy.

The Minister has been in the spotlight lately after audio tapes of him allegedly supporting terrorism in the past emerged on social media.

Many concerned Nigerians and religious organizations have called for his immediate removal from the President’s cabinet, led by Major General Muhammadu Buhari (retd).

Any Nigerians have also accused the Senate of failing to do a proper background check on Pantami before confirming his nomination.

On Saturday, the Chairman, Senate Committee on Media and Public Affairs, Dr. Ajibola Basiru, said the upper chamber should not be blamed for clearing Pantami for an appointment.

He said apart from the fact that it did not receive any petition against the embattled minister, there was no security report that indicted him as of the time of his screening.

Basiru added that no petition had been sent to the Senate, detailing specific allegations against Pantami, since the matter came to the limelight penultimate week.

Nonetheless, he claimed that the present uproar surrounding the minister would not constitute grounds for his dismissal, which only Buhari has the authority to do.

Basiru said, “To begin with, there is nothing that disqualifies him from contesting an election under the Nigerian constitution.”

“There is no way we could act based on social media reports. It is only the President who could decide to appoint and remove ministers. As far as we are concerned, we only hear people talk about the issue we don’t have any fact about the so-called allegation. We don’t have any fact, we did our job based on facts available to us.’’

He further said, “Those who are talking have not pointed to a particular law upon which he ought to be removed as a minister.

“Even if the information about him now, assuming it was available then (during screening), does it constitute a disqualifying factor of being a Minister under the Nigerian law?”

He also dismissed the call on Buhari to sack Pantami based on moral grounds saying that controversy was a normal thing in politics.

“All around the world, controversy is a fact of democratic existence,” he added.
There is a distinction between legitimacy and political consideration, which the National Assembly does not have authority over.

“He was officially screened, and there were no objections.
The drill was shown live on national television outlets.
The Constitution establishes conditions for being a Minister, and he has not violated all of them, as far as we are concerned.”