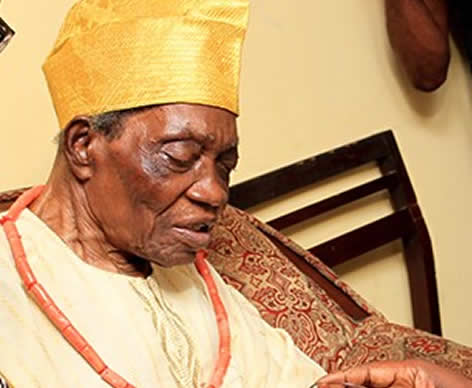 The remains of the late Supreme Court Justice, Andrew Otutu Obaseki and the Obaseki of Benin Kingdom was yesterday laid to rest in his compound on Lagos Street, Benin City, Edo State.

The late jurist was an uncle to the Executive Governor of Edo State, Godwin Obaseki.

Delivering his sermon at the funeral service, the Bishop, Anglican Diocese of Benin, Rev. Peter Imasuen, said everyone would one day give an account of their stewardship to the Almighty God.

Rev. Imasuen said, “Death was no respecter of persons as both the rich and poor would die one day, and urged the people to live in a way that would affect the society positively. Reading from the Book of Psalms, Chapter 23, Verses 3 and 4, the Bishop said those who would make heaven are those with clean hearts and not those who swear deceitfully, saying God will judge everyone according to their work on earth”.

Governor Obaseki, said he was grateful to his late uncle for helping to preserve their family values like humility, fairness, hard work, honesty, uprightness, education and discipline.

The governor said his uncle stood for education and announced that the Obaseki family had decided to institute a scholarship scheme for ten members of St Peters Anglican Church, the church the late Justice Obaseki attended while he was alive. Five of the scholarships would be given to outstanding indigent students in any secondary school in Edo State, two for students training to become teachers, one for a priest undergoing training and two for students studying law.

Former governor of Edo State, Adams Oshiomhole said the late Justice was a judge who in his time, delivered justice in its purest form. President of Dangote Group, Aliko Dangote, who also graced the service, described him as a great leader and a legal icon who gave his all to the legal profession.

Describing his late father as a disciplinarian, the eldest son of the deceased, Edosa Obaseki, said his father was a man with a thankful heart who appreciated every little thing done or given to him.

Other dignitaries at the funeral service were the National Chairman of the All Progressives Congress (APC), Chief John Odigie-Oyegun and the Governor of Lagos State, Akinwunmi Ambode.