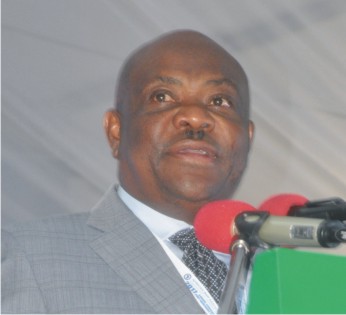 Following the submission of names of 13 commissioner-nominees to the Rivers State House of Assembly by the Rivers State Governor, Chief Nyesom Wike, last Monday, the Assembly, yesterday, commenced plenary with the consideration of the governor’s request.


The Assembly, which thoroughly screened the nominees, one after the other, also confirmed all the names submitted to it by the governor.

Also screened and confirmed was Rodaford Long John, whose name was added to the pack on the floor of the House.

Speaking after the confirmation session, Speaker, Rivers State House of Assembly, Ikuinyi-Owaji Ibani, said the lawmakers acted in compliance with the provisions of the 1999 Constitution, and in line with the Rules of the House.

In the same vein, the Rivers State House of Assembly, yesterday, gave approval to the state Governor, Chief Nyesom Wike, to appoint 23 Special Advisers to assist him in the running of the affairs of the state.

It would be recalled that last Monday, the governor wrote to the Assembly in line with Section 192 of the 1999 Constitution, as amended, submitting the names of 13 commissioners and members of the State Executive Council, for screening and confirmation.

The governor, also in a separate letter, requested the approval of the House to appoint 23 Special Advisers pursuant to Section 196 of the 1999 Constitution, as amended.

The governor’s action came after he sacked all but one Special Adviser in his cabinet.

It was reported that the governor had dissolved the State Executive Council in June, 2017.

A statement by the Special Assistant to the Rivers State Governor on Electronic Media, Simeon Nwakaudu, said the governor, has relieved all the Special Advisers to the governor of their appointments.

He, however, noted that the Special Adviser on Religious Affairs, Bishop Winston Iwo, would retain his post.

The governor thanked them for their service to the state, and wished them well in their future endeavours.