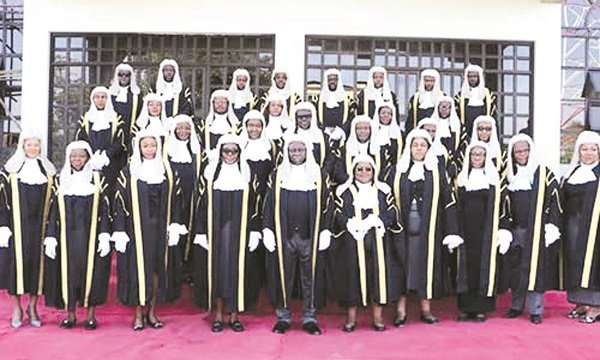 He is the second most senior judge of the state High Court.

It followed a letter from Governor Nyesom Wike which sought Amadi’s confirmation and approval based on the National Judicial Council (NJC) recommendation.

Part of the governor’s letter reads: “The NJC has recommended Simeon C. Amadi for appointment as Chief Judge of Rivers State following the imminent retirement of the incumbent CJ, Justice A. I. Laminkara, from service on 25, May 2021.”

“I have considered NJC’s recommendation as well as qualification, character and service experience of Justice Simeon Chibuzor Amadi and found him proper and suitable person to become the next Chief Judge of the state.

“Accordingly, pursuant to the provisions of section 201(1) of the 1999 Constitution as amended, it is my pleasure to forward to you the recommendation and appointment of Justice Amadi to the Rivers State House of Assembly for confirmation and approval.”

Amadi served as the Chief Registrar of the state in 1999 and was appointed a judge in 2002.

He chaired the judicial panel of inquiry that investigated and sacked the Vice Chairman of Obio/Akpor Local Government Area, Dr Lawrence Chukwu when Wike was the executive chairman of the council.

He is also the chairman of the panel of investigation on the destruction at the state high court premises in 2018, among others.

Confirming his recommendation, the Speaker said the lawmakers relied on Section 201(1), which gave the governor the power to follow the recommendation of the NJC in the appointment of a substantive chief judge.

The lawmakers did not quiz the nominee as he was asked to take a bow and go.

They promised to transmit his confirmation to the governor for swearing-in.

It was earlier reported that stakeholders were not happy that the most senior judge, Justice Joy Akpughunum, was overlooked for the top job.

It is the tradition to appoint the most senior judge as the Chief Judge where there is a vacancy.

A group of lawyers had opposed what they described as the imposition of Justice Amadi as the chief judge.

The lawyers, in a statement, wondered why Justice Akpughunum was excluded by the government in the list of nominees sent to the NJC for consideration.

The lawyers said: “What reasons informed the exclusion of Justice Akpughunum, who apart from being the most senior judge after the incumbent Chief Judge, is outstandingly brilliant, diligent, fair and most importantly, completely free of any smear of corruption?

“Why was the NJC mischievously presented with a fait accompli to choose between candidates that by judicial tradition ought to have been considered only after the most senior was found unworthy or unqualified by the NJC?

“There has been great disquiet in legal circles since this unsavoury news broke. Theories of political calculations and ethnic bias are being churned out to explain this policy flip by a government that prides itself as being respectful of the law, judicial tradition and the judiciary.

“A storm is brewing in Rivers State as a result of this indiscreet application of executive power to pervert judicial tradition.

“We lay no blames at the feet of the NJC but we humbly urge that august body to cause an investigation to be carried out to ascertain the reasons tradition was jettisoned for unknown factors and considerations.”