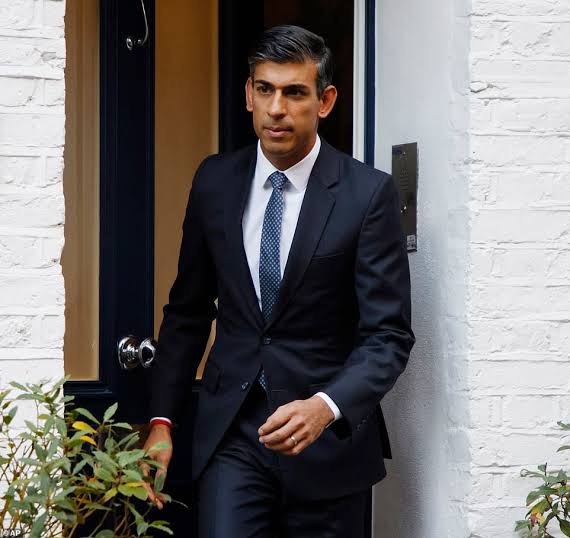 Seven weeks after losing to Liz Truss in this year’s first Tory leadership contest, Rishi Sunak has emerged the victor in this one.

He is set to become the UK’s first British Asian prime minister and will take office as the UK faces enormous economic challenges.

Rishi Sunak will now take over as prime minister at an extremely difficult moment for the economy.

We haven’t heard any detailed plans from him since the leadership campaign over the summer.

There will now be calls for him to provide clarity about how he intends to balance the books.

There will also be political pressure for a general election. Opposition parties want one and some Conservative MPs have said they think one is necessary now too.

But seven weeks after losing the Conservative leadership election, Rishi Sunak will now be handed the key to Downing Street.

He has a bulging and daunting in-tray.

The room here in parliament where Sir Graham Brady had been about to announce the results of the nominations fell silent a few minutes ago as MPs and journalists heard the news that Penny Mordaunt had conceded.

He will now be the next Conservative party leader and therefore prime minister.

There were loud cheers and bangs on the tables from Conservative MPs in the room here as Sir Graham Brady announced they only received one nomination for the new leader of the party.

He, therefore, declared Rishi Sunak to be the next party leader and said he’d address Tory MPs shortly.

“Our Party is our membership. Whether we are elected representatives, activists, fundraisers, or supporters. We all have a stake in who our leader is.

“These are unprecedented times. Despite the compressed timetable for the leadership contest, it is clear that colleagues feel we need certainty today. They have taken this decision in good faith for the good of the country.

“Members should know that this proposition has been fairly and thoroughly tested by the agreed 1922 process.

“As a result, we have now chosen our next Prime Minister. This decision is a historic one and shows, once again, the diversity and talent of our party. Rishi has my full support.

“I am proud of the campaign we ran and grateful to all those, across all sides of our party, who gave me their backing. We all owe it to the country, to each other, and to Rishi to unite and work together for the good of the nation. There is much work to be done.”