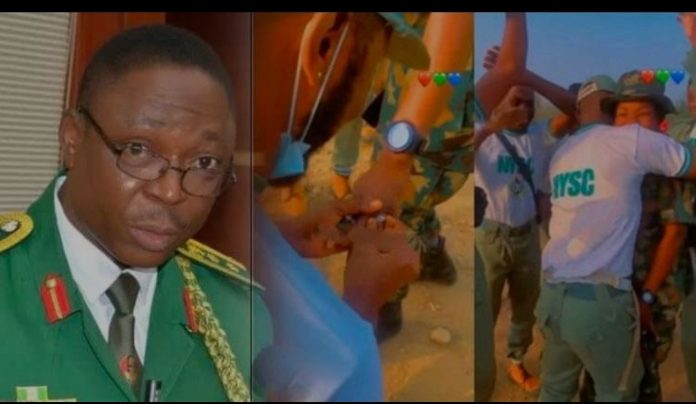 The Chairperson of the group, Funmi Falana, in a letter to the COAS, demanded the immediate release of the soldier who had since been detained by the military authorities after accepting the marriage proposal of an unnamed corper at the National Youth Service Corps Orientation Camp in Yikpata, Kwara State.

It had earlier been reported that the Director of Army Public Relations, Brigadier General Onyema Nwachukwu, said Akinlabi violated military laws by getting involved in a public display of amorous relationship with a paramilitary trainee – a corps member, vowing that she will be punished.

However, in the letter titled, ‘Request for the Release of Private Sofiyat Akinlabi’, the wife of the Senior Advocate of Nigeria, Femi Falana, said the female soldier “has not contravened the regulation on restriction of marriage for three years”.

The female Falana also argued that no male soldier has been punished for proposing to a love interest in public as seen on social media. She, therefore, declared as illegal, the detention of Akinlabi.

The letter partly read, “In view of the fact that male soldiers have not been penalized for involving themselves in a public display of amorous relationship in full military uniform the threat to sanction Private Sofiyat Akinlabi is discriminatory.

“In view of the foregoing, we urge you to use your good offices to order the release of Private Sofiyat Akinlabie from further custody. Furthermore, her decision to marry the male youth corps member should be respected as both of them are entitled to freedom of association guaranteed by Section 40 of the Constitution.

“While wishing you compliments of the season, please accept the assurances of our professional regards and esteem.” Meanwhile, an activist, Deji Adeyanju, of Concerned Nigerians, on Monday, condemned the prolonged detention of the female soldier.

“Such gross violation of human rights, abuse of power and excessive use of force are absolutely uncalled for and condemnable,” he said while calling for the immediate release of the detained female soldier “before it sparks national global outrage”.