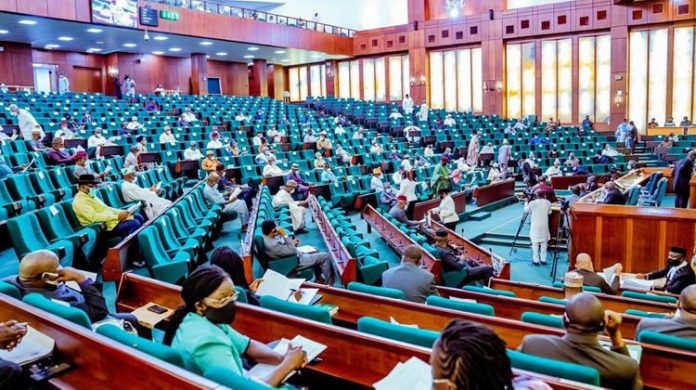 The House of Representatives has resolved to investigate the incessant collapse of Nigeria’s power grid and the failure of the Transmission Company of Nigeria, decrying the negative impact on the economy.

At the plenary on Tuesday, the House mandated its Committee on Power to conduct an investigation of “the root causes of incessant national grid collapse in the country viz-a-viz TCN’s capacity to address the ugly trend, in order to forestall future occurrences and protect our already fragile socio-economic environment.”

This is based on the unanimous adoption of a motion of urgent public importance moved by a member, Sani Bala, titled ‘Urgent Need to Investigate the Recurring National Grid Collapse with a View to Addressing the Multiple and Dire Consequences Associated with Power Outages in the Country Occasioned by these Collapses.’

Moving the motion, Bala noted that the national grid collapses occur when there are system disturbances along the transmission lines connecting a number of generating stations.

He said, “The House is concerned that since 2013 when the privatisation exercise took place in the power sector, the country has witnessed over a hundred national grid collapses; a challenge which experts and operators said would linger for a long time if not addressed. The House is further concerned that only this year, the national grid has collapsed seven times – more than the three times recorded last year, thereby, causing national power outages with enormous socio-economic implications. The House is equally concerned that the latest in the series of power failures has been adjudged among the worst the country has witnessed in recent times, which in turn indicates that there is no framework or spinning reserve meant to forestall such occurrences.

“The House is worried that it is incomprehensible that all the key power plants in the country, including Egbin, Utorogu, Chevron Oredo, Oben gas-fired power plants, Ughelli and Chevron Escravos power plants could all shut down at once. The House is also worried that the issue of system collapse may not be unconnected with the Transmission Company of Nigeria’s lack of wheeling capacity, inadequate transmission lines and spinning reserves as well as refusal to fast-track construction of digital control centres instead of the company’s current analogue system.”

The lawmaker noted that available statistics from research show that if the power generated is adequately wheeled and transmitted for distribution to consumers, there will be a 30 per cent reduction in the cost of generating power, thus leading to a corresponding reduction in the prices of utilities in the electricity supply industry.