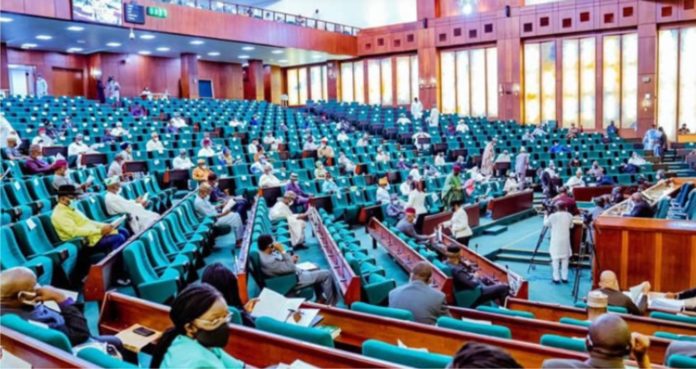 House of Representatives has urged the Inspector General of Police, Usman Baba Alkali to thoroughly investigate the disappearance of the 5 consultant engineers known as NELAN 5 abducted in Ebonyi State.The resolution came on the heels of a motion titled “Call for Urgent Investigation into the Abduction of Five Consultant Engineers in Effium, Ohaukwu Local Government Area of Ebonyi State” presented by Hon. Ifeanyi Chudy Momah representing Ihiala federal constituency of Anambra State at the plenary.

Momah noted that the project the NELAN 5 were supervising was valued at 150 million dollars and financed by the African Development Bank (AIDB). He said during its commissioning, the Governor of Ebonyi State had charged the people to support the state government in providing adequate security for the workers during the eighteen months of the contract.

The Ebonyi State government allegedly, released rather premature news of the death and burial of the NELAN 5 to the general public during a security summit organized by the Christian Association of Nigeria, Abakiliki chapter without consulting with the families of the victims first.“Since the alleged press statement by the Ebonyi State Government which was published in several newspapers, and claims that the government was pacifying the affected families, till date, the families of the abductees have allegedly not been formally contacted by the Ebonyi State Government.

The Ebonyi State Government has been accused of being complicit in the disappearance of the engineers as the state governor was alleged to have been hostile towards the consultants and tried severally to interfere in their operations.

If the true condition of the victims is not properly ascertained, the people’s confidence in the ability of the government to protect them will further deteriorate“Further delay in conducting thorough investigations will create more complications as trails may run cold, giving the perpetrators enough time to alter pieces of evidence and even escape justice”, the lawmaker added.Addressing a press conference after plenary with the abductees’ kinsmen from Anambra, Momah appealed to the authorities to ensure that justice was served in the matter to clear all doubts.

Adopting the motion, the House mandated its Committee on Police Affairs to ensure compliance with the resolution.In a similar development, the House also urged the IGP deploy to apprehend the armed robbers that perpetrated the robbery attacks and killings of innocent citizens in Yagba Federal Constituency, Kogi State.It asked the government to ensure the permanent presence of Nigeria’s security apparatus to deter future occurrences of banks robberies and criminal activities in the constituency.

Hon. Leke Abejide who represents the constituency made the call through a motion under matters of urgent national importance at the plenary.Abejide narrated how on Tuesday 14th December 2021 at about 3:30 pm, heavily armed robbers again attacked 3 commercial banks in Yagba West local government, carting away undisclosed amounts of monies and in the process wasting lives of several innocent citizens while several others sustained various degrees of gunshot injuries.He said that the robbery lasted for two hours with the use of explosives and heavy gunshots.

He said: “The gross failure and absence of viable intelligence and security cover in the community. Farmers are scared of going to farm for fear of being killed. This is coupled with the absence of banking activities as they will now travel hundreds of kilometers to access banking operations as commercial banks are forced to closed down operations in the major towns of my constituency.”The motion was eventually adopted after getting overwhelming support from lawmakers.