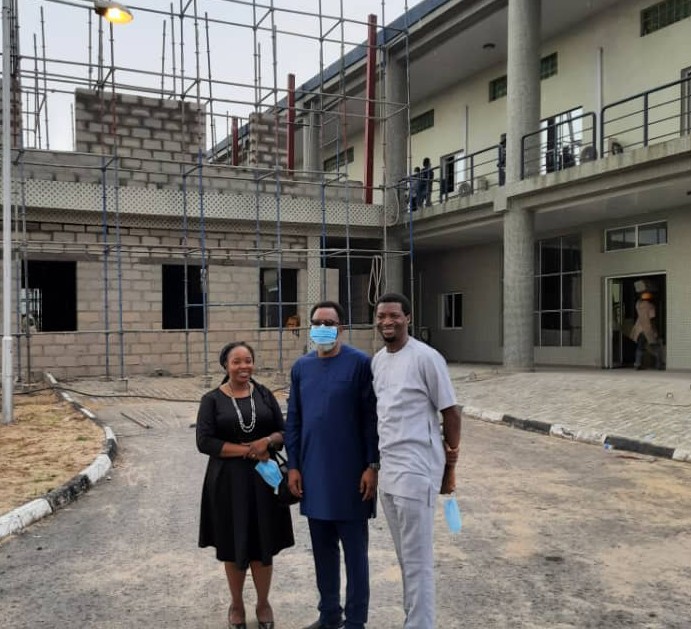 REPORT OF THE NBA (LAGOS BRANCH) ON THE INSPECTION OF THE PROPOSED LAGOS HIGH COURT PREMISES, IN OSBORNE FORESHORE 2 ESTATE, IKOYI, LAGOS.

As you would recall, during our December 2020 Branch Monthly Meeting a member of the Branch raised an issue regarding the intention of the Lagos State Government to temporarily relocate 8 of the Courts that were burnt at the Lagos State High Court premises in Igbosere Lagos to a premises owned by the Lagos State Government in Osborne Foreshore Phase 2 Estate, Ikoyi.
Further to same, we engaged the Attorney General of Lagos State on the suitabilty of the proposed location for use as Court premises, given the fact that access to the said estate is restricted by the residents association of that estate and concerns over provision of adequate parking area for lawyers and other court users.

We raised the issues with the Attorney General of Lagos State and he informed us that the premises being proposed had a parking lot which could accommodate over 150 cars at a time and that the access to the Court premises would be unrestricted to Court users.

Most importantly, he informed us that although the residents association pushed back on the decision to use the premises as makeshift court rooms, but that issue has now been submitted to the Court for a determination and an interloctory injunction has been granted, injuncting the resident association from stopping the contractors from carrying out renovation works on the premises. Thus the matter is now sub judice. He also informed us that, notwithstanding the existence of the court case, negotiations are ongoing between the Lagos State Government and the Osborne Estate Phase 2 Residents Association with a view to finding a common ground and make progress.

He graciously took us on a tour of the premises proposed for use as court premises and pictures taken during our visit are attached hereinbelow.

We will continue to follow up on this and provide updates as we receive them.

See the photos below: