Repentant Insurgents: The law must take its course — Lawyers 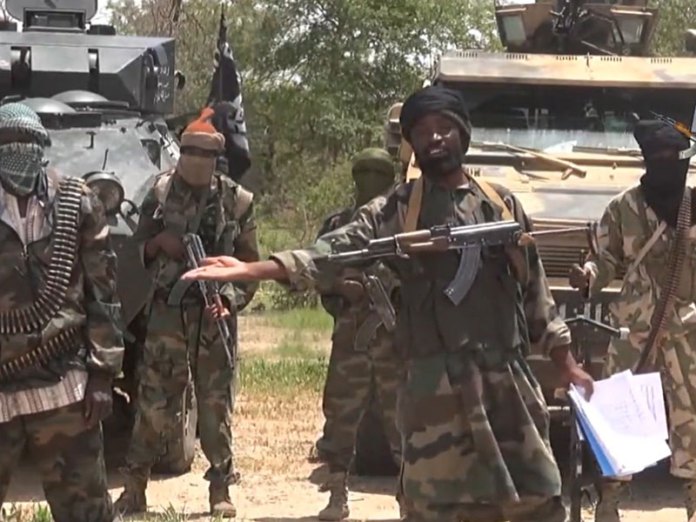 Governor Babagana Zulum of Borno State, weekend, expressed concern that his state was in a very difficult situation over the ongoing surrender by repentant insurgents.

He said: “We have to critically look between two extreme conditions and decide our future. We have to choose between an endless war or to cautiously accept the surrendered terrorists which is really painful and difficult for anyone that has lost loved ones, difficult for all of us and even for the military whose colleagues have died and for volunteers.”Vanguard Law and Human Rights, in this edition, sought the views of lawyers on the way out in the development.

He should proceed based on security assessment, intelligence —Agbakoba, SANMr Olisa Agbakoba, SAN, on the way out, said: “Governor Zulum is in an extremely difficult situation and he only can assess what works best for his security situation and we can only wish him the best and it is not in anyone’s place to second guess whether the governor’s decision is right or wrong.

How to proceed isn’t an easy solution, so my recommendation is, he will proceed based on security assessment and intelligence and that may include discussions with the repentant fighters on what will assist to resolve the situation.”

We need to be sure of their genuine repentance — UbaniMonday

Ubani on his part, said: “The worst that can happen to Nigeria is to blindly accept these so-called repented terrorists and integrate them into the system without proper procedure and profiling. How are we sure of their true repentance and remorsefulness?“We need to be sure of their genuine repentance before we accept them back. These people need to be in custody pending proper profiling before we accept them back in a blanket manner.”

We must avoid set-up by repentant insurgents — OmodeleYemi Omodele, see the issue differently. He said: “It takes two to tangle. The insurgents who had sent innocent citizens of the Federal Republic of Nigeria to life beyond turned around to surrender like repentant sinners must be looked at from the legal perspective. Does the law allow that? If yes, what will be the benefits of the affected families and loved ones?“If no, will the government do the needful in ensuring that the insurgents face the wrath of the law? With due respect, our criminal justice system should be reviewed to accommodate compensation for victims of crimes particularly relating to the development of insurgents surrendering willingly.

The system is weak and should be overhauled. I need to say that the affected states where the insurgents are surrendering should be careful to avoid a situation where it will amount to a set-up that the insurgents will use to overpower the areas.“Repentant criminals are always dangerous. They needed to be studied properly before allowing them to mingle in the society at larger. The intelligent departments of the security agencies should be involved in this development.”

An armed robber surrendering does not acquit him of liability — AweBabatunde Awe, in his reaction, said: “The fight against terrorism is a perpetual one. This is because terrorism is in itself premised on the use of unconventional tactics to cause mass mayhem and fear. No one can accurately predict when or where an act of terrorism will next occur. “For this reason, the surrender of terrorists is actually a welcome idea. It may appear to be an insignificant number surrendering but every surrender is one less attacker of our gallant troops, one less potentially violent and fatal vessel of evil.

The challenge is whether the Nigerian forces and intelligence community have sufficient capacity to deradicalize these elements and convert their surrender to useful intelligence to achieve the objective of mitigating terrorist attacks. And of course, whether the system is structured to mete appropriate justice to such individuals. The fact that an armed robber has surrendered when surrounded by police does not acquit him of liability for his offence of robbery. In summary, surrendering terrorists should be received, processed, and punished.

Motive behind surrender is the real question — AdelekeDebo Adeleke is suspicious of the whole thing. He said: “The question of the insurgents surrendering their weapons is not an issue too difficult to comprehend but the real question is the motive behind it. Is there any sincerity of purpose on the part of those insurgents that are surrendering or are pretending to be surrendering? Do they really mean to surrender and repent and turn a new leaf or they’re just fooling the people? Are they ready to atone for the sins they’ve committed against humanity or circumstances forced them to pretend as if they’re surrendering?“We need to be sincere to ourselves here.

Those insurgents that are claiming to be surrendering are just fooling the authorities, they’re doing what they’re doing either for pecuniary gain, so as to get more money to empower themselves and go back to their usual trade or they believe for now that there is no escape route for them and they’re pretending to surrender as an escape route or an easy way out. Second, it might even be a way to understudy the strength of the military and how to counter the military actions against them.“Three, some of us all along have been consistent in saying that it is morally irresponsible to be negotiating with the Boko Haram considering the magnitude of the havoc they’ve wreaked on innocent Nigerians.

Nigerians are dealing with people who are subhuman by the constitution, people who will invade the Government School where innocent children are trying to acquire Western Education but hold them captive under inhuman treatment. Yet, they will want to justify their actions by saying that little girls among the pupils arrested have no business in going to school but to go and marry.

“Tell me, what kind of restitution could be paid or be atone for colossal destruction of the lives of those pupils. These are the children that have been taken away from the comfort of their homes and school environments to be leaving in the caves like endangered species. For example, of recent, a little girl with two children, said to have been one of the Chibok girls was said to have been released by Boko Haram with a man claiming to be her husband, what did they do to the man?

“The authority looks the other way and pretended as if everything is normal. Nobody asked questions as to how they were released? How did the poor girl live in the past eight years? How did the man come about to be the father of the two children she’s carrying in a sane society. Her release or rescue would have been a pointer to put an end to the criminal and insensitive activities of Boko Haram in the country.“Nigerians would have had firsthand information on how Chibok girls were captured, over 200 of them were captured from Government Schools and disappeared into thin air only to appear seven or eight years after with little children and the man who did not show remorse as the so-called father of those children.

How do you want society in general and the parents of those children to feel? Should they be jubilating that the life of their daughter or daughters have been completely ruined? The bitter truth is that the Federal Government should live up to its responsibilities, especially the school children from being captured again in the history of our dear Motherland.

“The so-called insurgents that claimed to have been surrendering should be a ready tool in the hand of the Federal Government not only in locating the hidden places by the insurgents but to tell their modus operandi by way of putting an end to their dastardly act. The idea of welcoming them back to society, no matter how you look at it is counterproductive. It will encourage people that are desperate to engage in such animalistic and criminal behaviour in future, thinking that at the end of the day, society will pardon them.

The victims and their relatives are not psychologically prepared to forgive the criminals, so wasting government resources in reabsorbing them into society is purely cosmetic and it will be counterproductive. The solution to the problem is for the government to be more proactive and live up to its responsibilities to the Nigerian citizens. Any insurgent caught and or pretended to have surrendered should be questioned and if possible tortured to lead the Nigerian soldiers to their operational base i.e their hideout and their mode of operation.“They should expose those that are aiding them and that are supplying them with weapons with which they’re using to carry out their criminal and nefarious activities.

I find it highly inconceivable that a little child who’s pursuing his/her academic career in life will be held hostage against his or her wish and the future completely ruined, how will society forgive such crimes in the name of repentance which in the first instance is not genuine? It’s just like a case of a hardened armed robber who had killed a lot of innocent and defenseless citizens, claiming to be born again and make him a custodian of the key to the Central Bank of Nigeria because he’s now a born again citizen.

To me, it doesn’t add up and it is logically absurd. What do you want us to say to those military men that need not die painful deaths in combating insurgents. The way out and for peace to reign is to continue to wage war against them until the military wipes them out of existence, any other way aside that will aggravate the fragile and tense situation.

Justice must prevail — AdegborioyeAdenerele Adegborioye, however, wants justice to prevail. He said: “My position is that the law must take its course. Every offender or lawbreaker must be made to face the music that is, must be charged to court. There must be no sacred cow whether they are terrorists or not. We must not lay down a dangerous precedent of setting free murderers, arsonists and rapists.“Every offender must be brought to book. We must not set double standards of punishing certain offenders and leaving other offenders. Otherwise, we have to go to all the prisons to free every prisoner. If we must grant pardon to terrorists, every criminal must be set free. Then it will be obvious to all that this administration has no respect for the rule of law.”

Forgiving them without trial will encourage others to pick up arms —OchaiEmmanuel Ochai appreciated the governor’s dilemma. He said: “I agree with Governor Zulum that’s it’s a very difficult call to make. These terrorists have committed very heinous crimes and ought to be held accountable for their crimes against humanity. Holding them accountable will surely serve as a deterrent to other aspiring criminals. But forgiving them without them facing the consequences of their actions will encourage others to pick up arms against the state.“The dilemma is that the state has not been able to confront these terrorists as it should be, so the state is now negotiating with terrorists. I believe they can be rehabilitated in prison where they belong.”