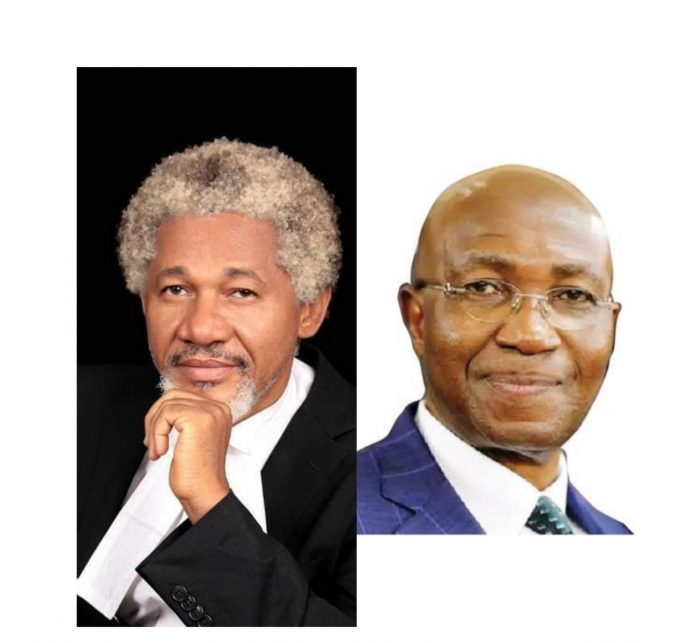 I have keenly followed the case of the alleged professional misconduct against Mrs. Adekunbi Ogunde Esq, a Partner at the Law Firm of Wole Olanipekun & Co, in which Wole Olanipekun SAN, OFR, and Chairman, Body of Benchers (BOB) is a partner, pending before the Legal Practitioners Disciplinary Committee (LPDC).

The issue at stake is very simple and it is whether Wole Olanipekun SAN , as chairman of BOB whose partner in his law firm is facing an allegation of professional misconduct before the LPDC should step aside as chairman of BOB for an interim leadership to take over the helm of affair of the BOB so that the LPDC can carry out a fair and unbiased trial of the case ?

The answer to the above question without any iota of doubt and fear of contradiction is to the affirmative . The reasons for arriving at this conclusion are as follows:

The petition in question is against a partner in Chief Olanipekun ‘s law firm who allegedly acting as his agent and other partners in the firm solicited for the brief that led to the alleged act of professional misconduct and therefore binds them .

Chief Olanipekun is the principal and founding partner of his firm and very much involved in its day-to-day running and consequently has an interest in the out come of the decision of the LPDC.

The petitioner asked the LPDC to “…consider whether the Partners of the Firm of Wole Olanipekun & Co. are not liable to be disciplined by the LPDC which makes Chief Olanipekun an interested party .

Chief Olanipekun is currently the Chairman of the Body of Benchers, which is the highest ruling body in the Nigerian legal profession, made up of Supreme Court judges, Presiding Justices of the Court of Appeal and Chief Judges of all state High Courts.

The LPDC is a Standing Committee of the BOB whose processes come under the supervision of the Chairman of the BOB – an office which Chief Olanipekun is currently occupying.

Because of the learned silk’s involvement in the matter and his influence and position in the BOB, there is the likelihood for conflict of interest and consequently the right thing for him to do to prove his innocence and scrupulousness is for him to step aside for the trial of case to be settled without the LPDC coming under undue suspicion of impartiality.

Ordinarily for the Nigerian Bar Association (NBA) to assert that the Mrs. Adekunbi Ogunde Esq, Chief Olanipekun’s partner is guilty of professional misconduct and went further to suggest to the LPDC why the learned silk and other partners of his firm should not be sanctioned, the onus and burden of proof falls on the NBA . However since Chief Olanipekun has come out to raise the defence that his said partner did not have his permission or consent to carry out the act that she is being accused of throws back the onus and burden of proof at him and other partners of his firm to establish their innocence and this is the more reason why Chief Olanipekun must step aside as Chairman BOB .

It is an embarrassment to the entire legal profession for the BOB to keep mum and allow Chief Olanipekun to continue to remain in office as her chairman , clothing and enabling him with impunity and immunity . More damning and disgusting is the fact that the BOB stood by and watched Chief Olanipekun preside over the call to bar of 1,507 (One thousand, five hundred and seven ) new wigs, polluting the minds of the green horns with sentiments . Just hear him out :

“Appreciate those amongst you who are doing well rather than trying to pull them down. In other words, do not get enrolled in either a PHD course or School. And by PHD, i mean, Pull him/her down.”,

“And when you attain high offices, extend courtesies and respect to your seniors and predecessors in office. Do not run them down or speak ill of them”.

“And when you attain high offices, extend courtesies and respect to your seniors and predecessors in office. Do not run them down or speak ill of them”.

“I pray that in due season, when God elevates each and every one of you and you become the cynosure of eyes, may no power principalities or blackmailer be able to bring you down.”

I advice Chief Olanipekun to stop being unnecessarily sentimental and dramatic for his own good and the good of the legal profession as a whole. He must do well to step aside because no amount of explanation can justify his actions.

For the BOB to gain the trust of the generality of members of the legal profession , it must itself at this point ask Olanipekun to excuse himself for the LPDC to carryout her lawful duty.