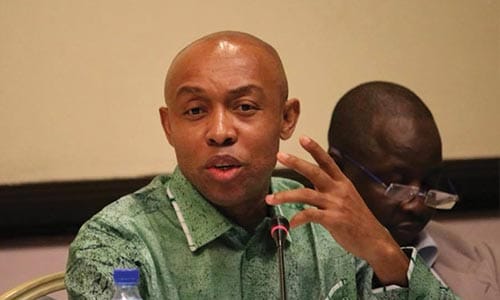 By
Chidi Anselm Odinkalu
“It is important to move debates about human rights out of courts and legal academies and back to where they belong – in Parliaments and newspapers and among groups of volunteers moved by injustice and cruelty wherever they occur.” Geoffrey Robertson, QC, Bad People and How to be Rid of Them: A Plan B for Human Rights, p. xiv, (2021)

Over the past three weeks, I have addressed various aspects of the multi-dimensional crisis of both credibility and mission that afflicts Nigeria’s judiciary and legal profession. The first article dealt with the crisis of judicial fixation with “political cases” at the expense of providing access to and timely exit from courts for citizens and court users. The second traced the contours of the high-level judicial assault on accountable government through whimsical decisions that cynically subvert both principle and long-established precedent. The third describes the mechanics of judicial capture which now characterizes the Nigerian judiciary.
I chose the medium of popular platforms for this series because the subject matter is too serious to be abandoned to the cloistered communities of the wig, the gown, the politicians and academic footnotes.

These pieces have been the subject of gratifying debate. Many readers have contacted me to ask that I propose my own counterpoise. Such requests clearly flatter me and, simultaneously, ignore the considerable body of official literature already in existence on these issues within the portals of government. They also imply that the terminal rot of impunity that afflicts Nigeria’s legal and judicial process at all levels is caused by cognitive limitations rather than the assurance that whatever happens will attract no consequences.

On 29 December 1993, the government of General Sani Abacha inaugurated the Justice Kayode Eso Judicial Panel for the Reform/Reorganisation of the Judiciary. After 18 months of work, the panel reported on 5 July, 1995 and complained then, nearly 30 years ago, that the military government treated the judiciary as “a mere parastatal of the executive arm of government, a department of the Ministry of Justice”, a situation that led them to compromise some judges. The panel recommended 47 judicial officers for termination.
It took another seven years before the report received the attention of the National Judicial Council (NJC) in 2001. The result was the Justice Bolarinwa Babalakin Panel which built on Kayode Eso Panel’s recommendations. Both panel reports ended in considerable controversy over their recommendations for disciplinary action against certain judges. Only six ever got disciplined in the end.

Four years later, in 2006, the United Nations Office of Drug and Crime (UNODC), with the then Chief Justice of Nigeria (CJN), Mohammed Lawal Uwais, undertook and issued a report on the Integrity and Capacity of the Justice System in Nigeria. It found that “political influence in the hiring and promotion of judicial officers, prosecutors and court staff was strongly linked to the perceived quality of justice delivery” and concluded that “[b]oth the perceptions and experience of the quality of justice delivery can be improved by reducing the importance of political connections and enhancing meritocracy in recruitment, hiring, retention, promotion, retirement and the overall management of staff.”

This background should make it clear that fighting this rot does not require new proposals. Proposals have long existed and the applicable rules are clear. What is needed is the will to implement them and relocate the system to a place that improves the odds that there will be both consequences for malefaction and incentives for appropriate behaviour. For this, there is no magic bullet. What is clear is that doing nothing is not an option nor is continuing as normal. The Bar, the courts, Senior Advocates and the NJC must urgently find the will to change.
First, a regime of consequences will need to begin with the Nigerian Bar Association (NBA). In December 2020, the Independent Corrupt Practices and Other Related Offences Commission (ICPC), reported that “lawyers were mostly responsible for offering bribes for favourable judgments mostly in electoral and political matters.”

According to the Commission, between 2018 and 2020, “11 out of the 123 judges surveyed, reported experiencing offers or payment of N3.307 billion and N392.3 million as a bribe”, indicating that buying and selling judges is a highly profitable enterprise. 63 lawyers admitted “to have paid or offered N5.77 billion as a bribe for a favourable judgement.” Lawyers who can shell out an average of N91.59 million or nearly $200,000 in bribes per case are neither poor nor junior. Tragically, these crimes will not travel further than the gossip mills of the crooked legal cognoscenti.

Second, the courts are reluctant to ensure consequences. In the Anambra governorship election, which took place in November 2021, various political factions turned the courts into the battleground for their partisan one-upmanships, fighting their cases in multiple court systems in Nigeria including Delta, Federal Capital Territory, Jigawa, Imo, Oyo, all outside Anambra State. They traveled up to the Court of Appeal in Kano and Awka before ending up at the Supreme Court. Some of these cases involved plaintiffs whose existence was dubious at best. For instance, the claimant in Suit No. HCK/40/2019 in the High Court of Delta State against the All Progressives Grand Alliance (APGA), was the improbably named “High Chief Ogonetus Okponetus”. Not even the lawyers could confirm the existence of this claimant.

In its decision in Appeal Number CA/KN/146/2021 in the case of Alhaji Rabiu Garba Aliyu on 10 August 2021, also in connection with the Anambra election, the Court of Appeal in Kano explicitly found that the claimant had procured an “abuse of court process” because “[h]e sought for a favourable court to entertain his suit.” Yet the court inexplicably failed to refer the lawyers for disciplinary action. The Court of Appeal in Awka made a similar finding in the appeal from Suit Number A/201/2021 by so-called “Barrister Sylvester (Sly) Ezeokenwa” and, like their peers in Kano, abstained from a disciplinary referral. These matters now default to the NBA leadership to ensure consequences.

Third, the Body of Senior Advocates of Nigeria (BOSAN), must decide to be part of the solution where in the past it has itself mostly been the problem. A 2020 study of misconduct and corruption cases in Nigeria’s legal profession concluded that “[u]nfortunately, most of those misconducts were committed not by new wigs or junior lawyers but by senior lawyers, and, more surprisingly, Senior Advocates of Nigeria (SAN).” The BOSAN was eloquently silent when Kunle Kalejaiye and Joseph Nwobike were found guilty of buying and selling judges. Such complicit silence invites people to treat the body as a squalid collection of high sounding misfits or, for the charitably inclined, another Nigerian club defined essentially by a fixation with titles, honorifics and accoutrements. Unlike the BOSAN, however, social clubs in Nigeria do ostracise even powerful members for serious infractions. The BOSAN must decide whether it is a social media content provider or a leader in the legal profession. If it chooses to be the latter, then it must clearly demonstrate zero tolerance for even the faintest whiff of improper conduct among its members, or worse still, of their buying and selling judges. For a start, they can begin with Kalejaiye and Nwobike.

Fourth, the NJC must become something more than a statutory shrine to the patronage networks and caprice of incumbent CJNs. This requires a de-concentration of the powers and roles of the NJC. There is good reason why the NJC read back-to-front translates into the CJN: S/he chairs the Council and appoints 19 of its 23 members. In a hierarchical system like the judiciary, this guarantees that the Chief Justice owns the NJC. The mechanisms of the Council broke down in 2011 when its two most powerful members, the then CJN and the President of the Court of Appeal, (PCA), went public with allegations against one another of procuring political interference in judgments. The same thing happened again in 2019 with allegations against another incumbent CJN. On both occasions, the opportunity was missed to reform the NJC. That cannot much continue.

The roles of appointment, promotion, discipline, training and appellate control of lower courts cannot justifiably all be located in one person and office. The realignment of these roles will require constitutional amendment, and will take time. It will also be resisted by incumbent CJNs, who may even be able to lubricate politicians against undertaking it. It should be evident, however, that, quite apart from the clear conflicts and contradictions between the multiple roles of the CJN, no one person has the bandwidth to combine these roles effectively. The vast margin for natural slippage is what encourages the impunity gap that now threatens the very foundations of Nigeria’s judiciary.

From 2000 to 2020, the NJC received 919 complaints of judicial malefaction, out of which it disciplined the judges in 129 cases. 14.04% is a high strike rate, made much more significant by the fact that many of unsuccessful cases were declined on technical not substantive grounds. Of these 129, the NJC recommended compulsory retirement in 50 cases and dismissal in 19, suggesting that most of these were serious cases of corruption.

No judicial system can afford this kind of blight. On 25 January, the NBA, the NJC and the Justice Research Institute (JRI) will be hosting a leadership summit in Abuja on judicial reform. They must rise from there with an acknowledgement of crisis and a plan of action for a state of emergency on the judicial sector in Nigeria. Anything less will not do.

A lawyer and teacher, Odinkalu can be reached at chidi.odinkalu@tufts.edu