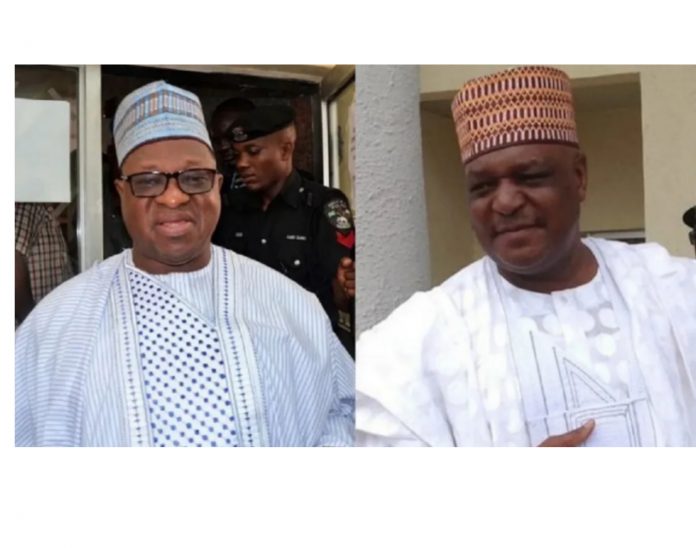 Five days after the Council of State granted pardon to 159 convicts, the former governor of Plateau State, Senator Joshua Dariye; ex-Governor Jolly Nyame of Taraba State and 157 others have yet to breathe the air of freedom.

It was gathered on Monday that they would not be released from the custodial centres until the Minister of Justice and Attorney-General of the Federation, Abubakar Malami, authorised it.

Dariye and Nyame were convicted by Justice Adebukola Banjoko of the Federal Capital Territory High Court in 2018.

Dariye’s prison term was later reduced to 10 years by the Court of Appeal in Abuja, while his conviction was affirmed by the Supreme Court.

Nyame, who was governor of Taraba State from 1999 to 2007, was sentenced to 12 years in prison for stealing N1.6bn from the state’s treasury, a judgment which was also upheld by the Supreme Court.

Announcing the pardon last Thursday, the AGF said the council approved 159 out of 162 applications presented for the consideration of the prerogative of mercy for convicts and inmates in correctional facilities nationwide.

But speaking on the continued detention of the convicts, the spokesman, Nigeria Correctional Service, Federal Capital Territory Command, Humphrey Chukwuedo, said their release was being delayed by the AGF’s approval.

Meanwhile, Rivers State Governor, Nyesom Wike, says the presidential pardon granted by the Federal Government suggests no need to have anti-corruption agencies in the country.

Wike wondered how to explain the embarrassment that the Economic and Financial Crimes Commission and the Independent Corrupt Practices and Other Related Offences Commission are made to suffer because that action has made them irrelevant.

The governor said this while speaking to delegates of the Peoples Democratic Party in Kano State on Monday as part of his ongoing consultation ahead of the party’s presidential primary.