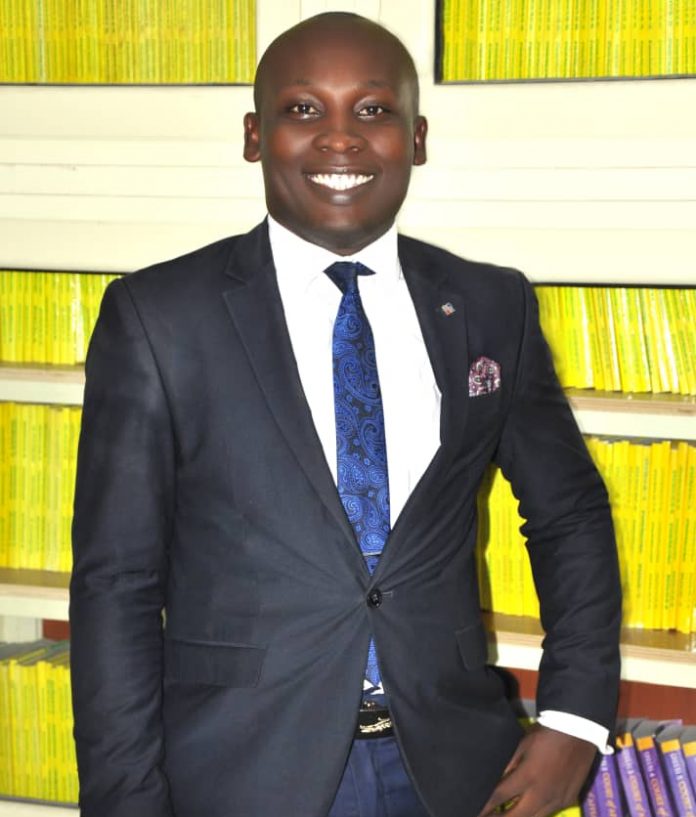 In the legal world, one concept that surfaces more often than not, especially during trial, is the concept of re-examination. It is also a silent but salient tool in the hands of trial lawyers in putting forward the cases of their clients through witness fielded at the trial.
However, the concept of “re-examination”, as useful as it is, has sadly been grossly misconceived and misconstrued by the legal community generally, ranging from the academia, to the bar, including the bench. This misconception expresses itself, and is encapsulated, in the age long legal cliché, aphorism and axiom, to wit: “the purpose of re-examination is to clarify ambiguity.” Consequently, lawyers attempting to re-examine their witnesses called, after cross examination, in deserving circumstances, have been unduly and unjustifiably shut out and denied their right to re-examine their witnesses, under the guise that “there is no ambiguity”, thus denying/depriving them of their fundamental right to fair hearing guaranteed under Section 36 of the 1999 Constitution (as amended).

THE PURPOSE OF RE-EXAMINATION: AMBIGUITIES ALONE OR MORE?
The concept of re-examination enjoys statutory flavor under Section 215 (3) of the Evidence Act, 2011. It is therefore important to scrutinize the said provision of the Evidence Act vis a vis decided authorities in order to ascertain the true purpose of re-examination.
Section 215 (3) of the Evidence Act, 2011 is reproduced ipsissima verba thus:-
“The re-examination shall be directed to the explanation of matters referred in cross examination and if a new matter is, by permission of the court, introduced, in re-examination, the adverse party may further cross-examine upon that matter.” (Emphasis supplied)
Clearly, the above section does not in any way provide, whether expressly or by necessary implication, that re-examination shall only be directed to clarifying ambiguities, and no more. One therefore wonders how the wide held view / opinion in the legal cycle, that re-examination of a witness is limited to clarifying ambiguities and no more, came about.
It is humbly submitted that the purpose of re-examination goes beyond the clarification of ambiguities and also includes the clarification of inconsistencies and contradictions arising from cross-examination.

Thus, where the evidence of a witness under cross examination, is inconsistent with or contradicts the evidence earlier given by the witness during his evidence-in-chief, the witness can and indeed ought to be given an opportunity of explaining/clarifying, if possible, the inconsistency or contradiction, by way of re-examination.
In the case of Fatoba v. Ogundahunsi (2003) 14 NWLR (Pt. 840) 219 – 445 at 323, the Court of Appeal, per WALTER SAMUEL ONNOGHEN, JCA (as he then was) held inter alia is follows:-

“In the instant case, the appellant’s counsel ought to have re-examined their witnesses on the nature of the relationship between the ancestor of the 5th respondents and the founder of the family entitled to the Chieftaincy title in dispute to which the appellant’s clam they belong, in order to explain, if possible, the contradictions between the appellant evidence in chief, and the evidence elicited from them on the issues under cross-examination…”

Furthermore, the Supreme Court has, in no uncertain terms, stated and re-stated this settled principle of law that re-examination can be employed to clarify contradiction arising from cross examination of a witness.
In Ibrahim v. Shaghari (1983) 2 SCNLR at 176, the erudite jurist of blessed memory, KAYODE ESO, JSC, held thus:
“A Court of law can only decide issues on the evidence put before that Court. The rules governing the procedure in the court are so elementary when it comes to presentation of evidence. Hence, the person who alleges, presents his witnesses who give evidence-in-chief that is as per the case he intends to put forward, the witnesses are cross-examined so as to put forward the case of the defendants across and also to test whether or not the witnesses are witnesses of truth. Indeed, during cross examination the defendant is at liberty to put as many questions as are material to his case. He could even be “cross” with the witness in his examination as the word “cross examination” implies. There could thereafter be re-examination to put right any adverse points wrongly elicited during the cross-examination.”

Also in Aigbadion V. State (2000) 7 NWLR (Pt. 666) 534 – 706 at 686, (2000) LPELR – 264 (SC) where there was contradiction between the evidence-in chief of PW 3, an expert physician, and his evidence under cross-examination, the Supreme Court observed and held thus:-
“However, there is an aspect of the opinion evidence given by P.W 3 under cross-examination which the learned trial judge did not seem to advert his mind to. P.W 3 said there under “it is very difficult to say whether the wounds were self inflicted or inflicted by someone else”. This clearly contradicts the positive opinion expressed by the witness in his evidence-in-chief that – “the wounds on the corpse could not have been self-inflicted. From all I found on my examination of the corpse, the deceased could not have committed suicide.” The effect of this contradiction is: should the learned trial Judge rely on the evidence of P.W 3 to hold that it was the appellant that committed the death of the deceased by strangulating her? It is the duty of the prosecution to explain the contradiction in the doctor’s evidence either under re-examination of the witness or in their address to the court after the defense closed their case. This prosecution failed to do.” (Emphasis supplied).

In the light of the foregoing settled position of the law on the purpose of re-examination, it is submitted that, trial Courts have a solemn legal duty to allow counsel litigating before them, to re-examine their witnesses, whenever they so indicate to the court; and not to stifle/truncate this fundamental right of counsel, by retorting with the cliché: “there is no ambiguity”, as doing so would amount to denial of justice to a deserving party, contrary to the primary function of the Courts, which is, to discharge justice to all who appear before it.

THE DICTUM OF HELEN MOPONKEJI OGUNWUMIJU, JCA (AS HE THEN WAS) IN THE CASE OF SALAMI V. AJADI (2007) LPELR-8622 (CA) IS INSTRUCTIVE HERE. IN THAT CASE, HIS LORDSHIP, AFTER REFERRING TO THE RELEVANT PROVISION OF THE EVIDENCE ACT ON THE PURPOSE OF RE-EXAMINATION, OBSERVED AND HELD THUS:-

“…. In this case, the Appellant’s counsel gave an explanation to the learned trial judge to indicate the area he wanted the witness to elaborate in “the explanation of matters referred to in cross examination”. What the Evidence Act clearly anticipated in my humble view is a situation where an explanation or elaboration of a particular fact which the counsel feels should be better explained is allowed to be explained to the court by the witness. In the circumstances of this case, what harm could it have done if the witness explained the difference between compound and title for the Judge’s better understanding….. One heartily wishes that trial Judges do not complicate simple trial procedure. It is clear that the Evidence Act is not a rigid legislation and that what it intends to achieve is the ends of Justice which can only be attained by the adjudicator having a clear picture of the case of both parties. Courts of trial must not lose sight of that fact…” (Emphasis supplied)

CONCLUSION:
From the foregoing exposé, it is now clear, beyond doubt, that the purpose of re-examination is not narrowed to clarifying or explaining “ambiguities”; rather, the concept of re-examination is elastic / flexible in application, and can be properly employed to explain, clarify and resolve all matters arising from cross-examination, including contradictions, inconsistencies, ambiguities etc. Indeed, all actors/players in the temple of justice must realize, as rightly held in the case of Oladeji v. Inspector General of Police & Anor (2018) LPELR-45141 (CA) that:

“Litigation is not a game of chess where players outsmart themselves by dexterity of purpose and traps. On the contrary, litigation is a contest by judicial process where the parties place on the table of justice their different positions clearly, plainly and without tricks.”

In line with the doctrine of judicial precedent and stare decisis, trial Courts are respectfully urged to jettison the narrow and restricted idea/view that re-examination is limited to clarifying ambiguities; and accord / treat the concept of re-examination with the elasticity that it deserves, by readily allowing and afford counsel appearing before them the opportunity of restoring credibility to the testimony of their witnesses, if possible, through the instrumentality of re-examination, whenever the need for same is indicated to the courts by counsel appearing before it, in line with the foregoing judicial authorities on the subject matter under consideration. This, if done, will enhance a smooth flow in the stream of justice to all who appear before the sacred temple of justice in quest for justice.