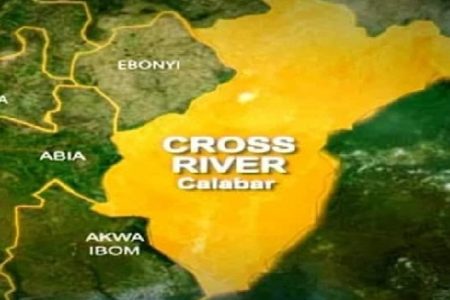 The Redeem Christian Church of God pastor ,Pst. Sunday Adeniran that was kidnapped in the early hours of Saturday and a female teacher also whisked away alongside the minster have regained freedom.

An impeccable security source who pleaded anonymity said Monday morning that they were released around 2:am this morning near Scanobo filling station, Ikot Ekpo 8 miles on the outskirt of Calabar ,the Cross River state capital.

The source further disclosed that the pressure from the Anti Kidnapping and Cultism Squad led by SP Awodi made the miscreant to hurriedly collect what they could after making an initial demand of 7 million naira.

“They knew that the Dragon Squad was closing in on them ,they had to hurriedly collect about 200,000 naira and let their victims go. “Initially they demanded 7 million for their release but had to just collect what they could as soon as possible and dropped them off at Scanobo area in Ikot Ekpo 8 miles at about 2:am.Findings showed that SP Awodi and his men from AKCS were already in their trail as at 12 midnight but immediately they got wind of the manhunt which was earlier reported they collected the available cash and set them( victims) free .

In a related development another victim was also rescued without paying any ransome to his abductors at the weekend in Calabar . The police through the anti kidnapping and Cultism Squad( Dragon) rescued a 24 year old businessman ,Justine Esedeke from his abductors from another location at 8 miles.

It was learnt that this was part of the covert operation recently launched by the Commissioner of Police through the the Commander of AKCS ,SP Awodi and his men to nip in the bud the rising menace of kidnapping along 8 mile axis an outskirtAccording to investigation the victim ,24 year old Justine was abandoned by his captors in the hills around Nasarawa, Bacoco in 8 miles when the men of AKCS squad were combing the forest after a distress call was made by the victims family to them .

A security source who didn’t want his name in print said “after combing the forest in search of the victim based on credible intelligence ,the victim was abandoned by his abductors as they saw the men of AKCS and took to their heels. Security presence has increased in the area especially by armed plane cloth personnel in a bid to nip the rising menace of kidnapping in the bud .Confirming the release of the victims on Telephone ,Monday , the Police Public Relations Officer in the state ,DSP Irene Ugbo lauded the efforts of AKCS squad while urging the pubic to cooperate with the police by giving useful information about happenings in their environment“It was a strict direct order of the Commissioner of police,CP Aminu Alhassan to men of AKCS and they acted swiftly to secure the release of the victims.

“I want to commend ,the swift action of SP Awodi and his Dragon squad ,their efforts yielded result and in time to ,the victim are now in safe hands .“I want to appeal to the public not to wait until something something happens before they report ,they should always report strange movement to curb this kind of ugly incident ,” she Said.