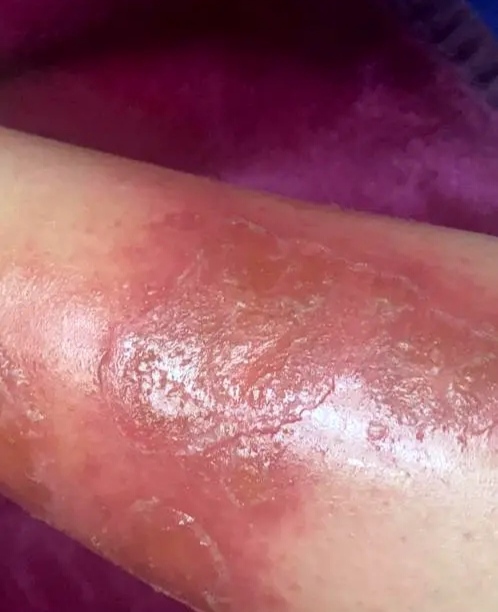 Ex-Beauty Queen, Precious Chikwendu has revealed how she battled strange and rare skin disease, which became a major source of worry for those around her, lately.

The ex-wife of a former aviation minister, FFK, revealed via a series of posts on her social media page, the state of her illness which she claimed, in a reaction to a comment, that “my tea was poisoned by a jealous friend, who later confessed, while in school”.

Precious wrote, “Having to deal with sensitive skin has been one disadvantage of being Snowhite. Aside from a strange allergy that had arisen from a change in weather, water environment, I noticed a strange allergy that had common symptoms with psoriasis or endemic eczema in January this year. It appeared like rashes and latter metamorphoses into huge boils spreading to other parts in a blink.”

According to Precious, “Herbs and medications from all corners of the world have been used; while it helped at some point, the strange ailment has continued to spread across to other parts.”“ This became a source of worry as my glass skin was under attack,” she wrote.

Meanwhile, reactions have been trailing her posts, with a dermatologist, Akin Shinaile, claiming that the ailment is skin cancer and the ex-beauty queen may really not survive it.While some fans expressed happiness that she has been able to fight the strange disease others expressed fear and worries over what may likely become of her eventually, after she had revealed that ” after applying herbs and medication at some point, the strange ailment has continued to spread across to other parts” even when it first appeared that they helped in containing it.

But allaying fears of any danger, Precious, reacting to a comment by her fans confirmed the skin disease, which some dermatologists claimed has no cure but she has done well to contain it through drinking lots of water and watching what she eats.“This is not psoriasis as I had several biopsies done in years. They’ve called it 4 different names with no cure but everyone says one thing in common — it is an allergy and it could’ve been triggered by some antibiotics, water, weather and environment. I drink lots of water and take vitamins to boost my immune system” she wrote.