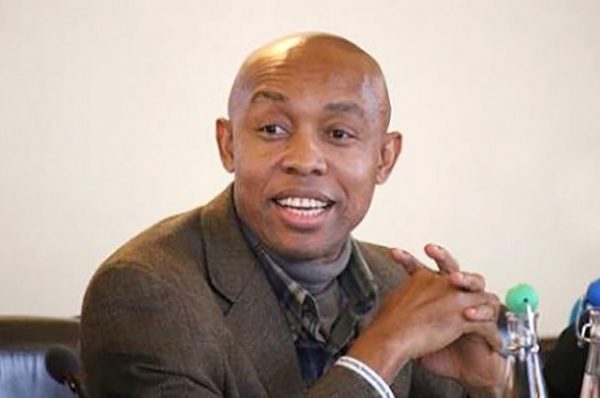 ​On 2 July, 2005, Argentina and Nigeria contested the finals of the FIFA World Youth (Under-20) Championships at the Galgenwaard Stadion in Utrecht, The Netherlands. Both teams had navigated a treacherous route over the 23 days of the tournament, which began on 10 June.

Argentina emerged second, behind the USA, from a group that also included Egypt and Germany, before eliminating Colombia, Spain, and Brazil in the knockout stages. Like Argentina, Nigeria also emerged second behind Brazil from their own group. In the knockout stages, they first overcame Ukraine; survived an interminable penalty shootout with hosts Netherlands; and then eliminated Morocco in the semi-finals.

​Both teams had a glut of young talent. Nigeria’s captain was a leggy midfielder, John Mikel Obi. His counterpart on the Argentina team was a beguiling artist with a low centre of gravity called Lionel Messi. At the end of a hotly contested game, Argentina emerged winner (for the fifth time), edging Nigeria with a score of 2-1, with both of their goals coming from penalties scored by their captain.

These goals took his tally for the tournament to six, past Spain’s Fernando Llorente, whose five goals made him runner-up for the highest goal scorer in the tournament. Messi was also voted the best player at the event, a worthy successor to his much decorated compatriot, Diego Maradona, who won the same prize 26 years earlier in 1979.

​Mikel later reminisced that Messi may have “stolen” the Golden Ball award from him in 2005. Messi and Mikel would meet many more times subsequently as their playing careers evolved. At the 2008 Olympics in Beijing, Messi again stood between Nigeria and football gold. Four years later, in April 2012, Mikel’s Chelsea saw off Messi’s Barcelona en route to a famous victory in the Champions League semi-finals.

​On 17 December, 2022, Messi crowned a playing career for which superlatives had long run dry when he led Argentina to lift the men’s football World Cup, until then the only prize at any level of the sport to have eluded him. By then, however, Mikel’s career had run its course without discovering any of the promise that it held when he first went head-to-head with Messi 17 years earlier, leaving the world unsure who was better. Journalist, Ed Dove, described Mikel as “the wonderkid Messi left behind”complaining that “there remains a lingering doubt he never dazzled at the top level of football in the way he could have done.”

​The difference, many would argue, was management, something Nigeria has never been good at. Perhaps the only country that competes with Nigeria here is Cameroon and its credentials in this department are not in doubt.

In 2010, it emerged that the Cameroon Football Federation, better known by its French language acronym, FECAFOOT, had been owing its staff arrears of emoluments for nearly four years (44 months). FIFA stepped in, sending money to resolve this crisis. FECAFOOT paid only 16 months of the arrears and the rest of the money disappeared. The following year, players in the national football team, the Indomitable Lions, went on work-to-rule to protest debts of match bonuses and appearance fees owed them by FECAFOOT. As a result, international matches involving the national team had to be scratched. In 2014,Reuters fittingly described the federation as “disorganised, self-serving and greed-filled”.

​In terms of talent and raw athletic ability, Cameroon were almost unquestionably the cream of the crop of the five teams from Africa at the FIFA World Cup in Qatar in 2022. Getting the best from them was a management proposition that proved, however, to be beyond the endowments of its governingfederation. The team’s abilities should have enabled it to easily qualify out of a group that also had Brazil, Serbia, and Switzerland, but, with a loss against Switzerland and a draw against Serbia, they needed a good win against Brazil to stand a chance of advancing.

On the day, however, the Indomitable Lions the team played with the conviction of a side grateful to be on the same pitch with the boys from Brazil, unwilling to believe that the price of Cameroon’s Makossa was every bit as competitive as Brazil’s Merengue. Their best player, Vincent Aboubakar, scored against Brazil with nearly 10 minutes left to play but rather than press home their advantage, Cameroon rather literally lost their shirts, took one of the silliest red cards ever in the game, and lost the plot.

If Cameroon’s team in Qatar had a glut of talent poorly managed, Morocco had the opposite challenge of getting the best and beyond from a team that was at best functional. In the end, they went farthest of the teams from outside the traditional regions of Europe and Latin America, for whom the World Cup was originally invented.

Where Cameroon’s under-performance owed much to inspired disorganization, Morocco’s road to the semi-final was built on superb organization, and a resolute team ethic. Manager, Walid Regragui adapted former Dutch Manager, Rinus Michels’ philosophy of “total football” into one of “total defence”. Morocco’s system was built not on outscoring the other teams but on ensuring that they conceded the least goals, often scoring just enough to accomplish what they needed. As a philosophy of management, it worked a treat.

Far from doing just enough to achieve what was needed, Qatar, the hosts of the 2022 FIFA World Cup, went over and beyond, delivering what FIFA President, Gianni Infantino, called “the best World Cup ever.”  At over $220 billion spent over 12 years, it was also “the most expensive World Cup ever”, costing more than all of its predecessors put together.

Going into the tournament, the impression, especially if you consumed your information from mostly Western media sources, was that Qatar 2022 was the death of the World Cupand of the Beautiful Game. It was as if the country committed a crime by coming out tops in a contest against more fancied Western venues, including Australia, Japan, and the United States. The region whose billions fund famous football brands, such as Arsenal, Barcelona, Manchester City, and Paris Saint-Germain, could not be relied on, however, to host the world. A pot-pourri of manufactured “controversy, including allegations of corruption and human rights violations” was stirred with a huge does of prejudice against the country and its region.

Despite the controversies over sex and alcohol, Qatar 2022 is also the most profitable World Cup in history. Much of the controversy that preceded it has rightly been called out as hypocritical. Qatar is far from anyone’s idea of Nirvana but no such place exists nor has anything approaching it come close to hosting the World Cup. Indeed, a list of hosts of previous mega-sporting events can often read like litany of atrocity sites around the world.

For instance, fascist Benito Mussolini hosted the second World Cup in 1934, the year before he invaded Ethiopia in one of the defining acts of aggression of its age. The following year,in 1936, Adolph Hitler hosted the Olympics as his opening promenade into infamy. When he invaded Ukraine after hosting the World Cup in 2018, Vladimir Putin only reprised a familiar copybook.

Football may indeed mirror life but it is not a cure for all of the world’s problems nor is it meant to be. In 1978, the World Cup finals took place a mere 40 blocks from sites where Argentina’s military junta was orchestrating the torture and mass liquidation of its perceived enemies. As a victim of those atrocities put it: “While the goals are shouted, the screams of the tortured and murdered are muffled.” 44 years later, Qatar represents progress in increments, if not in quantum leaps.