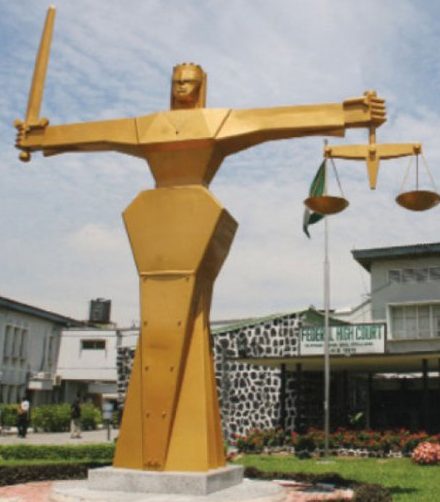 A Federal High Court sitting in Enugu has ordered accelerated hearing of the case instituted against President Muhammadu Buhari, the Chief of Army Staff, Lt Gen Yusuf Buratai and the Nigerian army by Ala Igbo Development Foundation (ADF).

Justice A.M Liman, who presided, in granting leave to the plaintiff to serve the defendants by substituted means, also ordered accelerated hearing of the case.

It is expected that when the plaintiff has complied with the order of the court for substituted service, the court will then fix a definite date for hearing.

Recall that the ADF had on September 14, 2017 sued the President of the Federal Republic of Nigeria, the Nigerian army, and the chief of army staff.

In the originating summons, the ADF, through its team of lawyers, were basically asking the court to determine four questions, and to grant four reliefs.

They asked the court to first of all, determine if it was not illegal for the first defendant (the president) to call out, operationally engage, use and or deploy the Armed Forces of the Federation in circumstances not envisaged in the constitution. The ADF made reference to the provisions of Sections 217 and 218 of the Constitution of the Federal Republic of Nigeria of 199 as amended, wondering if it is not illegal and unconstitutional to engage the army in such circumstances.

In its second plea, it also asked the court to determine the clear and unambiguous meaning of the provisions above, for the 2nd defendant, which is the Armed Forces to engage in a military operation it termed ‘Operation Egwu Eke'(Python Dance) in the five states of the South East, including Abia, Anambra, Ebonyi, Enugu, and Imo States.

The suit also wanted the court to determine “if the first defendant can unilaterally make a proclamation calling out, operationally engaging, using and or deploying the armed forces of the Federation to the south eastern part of the country without recourse to the National Assembly as envisaged under Section 217 of the Constitution of the Federal Republic of Nigeria, 1999 as amended.”

The fourth prayer was to determine whether “there is a situation of external aggression, threat to territorial integrity or violation of the borders of Nigeria and or insurrection in the south eastern part of the country, as contemplated under section 217 of the constitution, to warrant the deployment of armed forces in the military operation, Egwu Eke”.

In seeking reliefs, the plaintiff requested that the court declare that the action of the defendants, especially the first(the president of Nigeria), in engaging the army in south east is illegal, unconstitutional, null and void and of no effect whatsoever.

It also sought an order of the court to restrain the defendants especially the 1st defendant from deploying and or further engaging the army against the south eastern Nigeria with its ‘Operation Python Dance or Egwu Eke.

It equally asked for an order compelling the defendants to “recall forthwith all soldiers, men and officers of the armed forces already deployed to south east in furtherance of operation Egwu Eke.

In the proceedings today, the plaintiff obtained a leave of court to serve the defendants by substituted means, by publishing the summons in a nationally circulating newspaper.

The ADF was represented at the court yesterday by Barristers Max Ozoaka, and Chinedu Okeke.