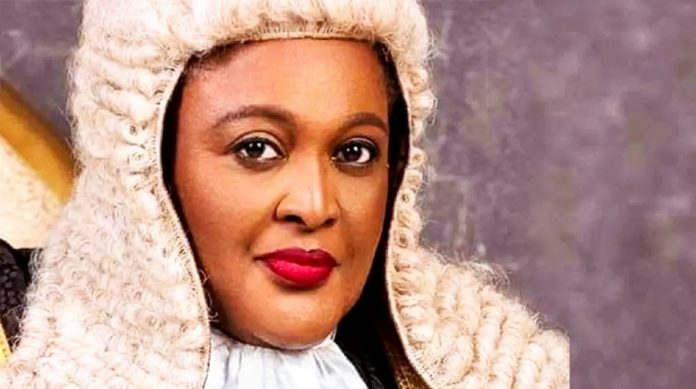 The National Association of Seadogs (Pyrates Confraternity) has called on the Federal Government to constitute a full inquiry over Friday’s siege by unidentified security operatives, to the residence of Supreme Court justice, Justice Mary Peter- Odili.

Owoaje described the nocturnal siege to the residence of Justice Peter- Odili as reminiscent “in its brazen high-handedness and violent abruptness” the 2016 midnight invasions of the home of senior judicial officers across the country.

“The National Association of Seadogs (Pyrates Confraternity) wishes to state, unambiguously, that this latest invasion of the home of the second highest judicial officer in Nigeria is an undisguised embarrassing act of intimidation and abuse of power. Until a justifiable explanation is offered for this abject manifestation of autocratic recklessness, the wretchedness of this disposition must be roundly and comprehensively deprecated. It is an abhorrent disregard for the rule of law; a condemnable and totally unacceptable affront on this country’s increasingly fragile democratic structures, and a gross violation of the fundamental human rights of Justice Peter-Odili,” he said.

According to him, a reoccurrence of the 2016 scenario with the latest incident is not a good way to sustain democracy in the country.

The statement read in part: “It is right to assert that the 2016 incidents marked a low point in the law enforcement and administration of justice as it pertained to judicial officers. Given the constitutional injunctions of Separation of Powers, it behoves those with these sensitive responsibilities to exercise great care and responsibility where circumstances require their interaction with judicial officers. As with the situation in 2016, what is known about this incident confirms not only the persistence of ineptitude, poor judgment, and utter carelessness in the management of a critical, important, and essential relationship, but demonstrates a shameful unwillingness to learn the painful lessons of the past. What happens when this level of lawlessness and impunity persists is that the qualified gains made in strengthening the fragile institutions of state like the judiciary are corroded by the kind of unbridled capriciousness that informs this kind of action. This is completely antithetical to all the collective efforts being made to nurture and sustain democratic ethos in our country.

“The Federal Government need not be told to offer a public apology to the judiciary for this embarrassment and to act in a proactive manner in the conduct of this inquiry, especially to erase any suggestions of real or apparent complicity in a plainly brazen attempt to intimidate and emasculate the judiciary. The recklessness and impunity of security agents under the current dispensation has indeed assumed frightening dimensions. Disregard for the rule of law, a predilection for acts that pose grave danger to the independence of other arms of government and flagrant violations of democratic tenets which have become disturbingly habitual under the current government, should stop forthwith. There is no better way to demonstrate President Buhari’s avowed commitment to the independence of the judiciary than to ensure all those culpable in this disgraceful incident are identified and appropriately sanctioned. No lesser remedy would be sufficient.”