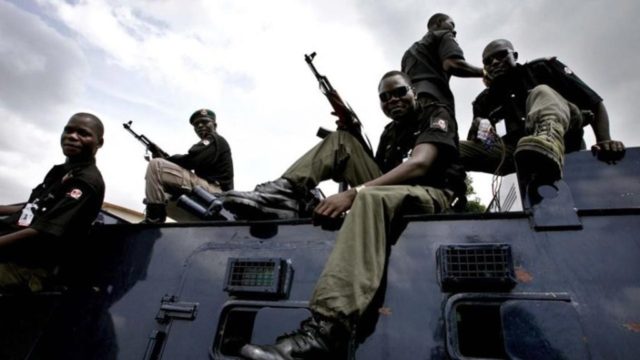 THE Police Service Commission has said it would not surrender to the Nigeria Police Force its constitutional mandate to recruit police constables which had been affirmed by the Court of Appeal.

The commission noted that the police authorities used the favourable judgment of the Federal High Court to take over the 2020 recruitment exercise but added that the order had been overturned in its favour, stressing that it would not abdicate its constitutional responsibility.

The PSC stated this in reaction to the protest and shut down of its headquarters by workers protesting the takeover of the ongoing recruitment by the police.

The workers under the Joint Service Union had also embarked on a three-day strike to express their anger over the alleged moves by the commission to render them redundant following the takeover of the recruitment exercise.

The PSC spokesman, Ikechukwu Ani, in a statement on Saturday, titled, ‘Re: Workers protest police recruitment, shut down PSC,’ explained that the issues raised by the workers, including delayed staff promotion and annual training, were being addressed by the management.

While acknowledging the rights of the workers to embark on strike, it, however, frowned on the forceful locking of the offices.

The PSC stated, “It is necessary to state unequivocally that the recruitment of police officers from the rank of constables to Cadet Inspectors and Cadet ASPs are and remains the constitutional responsibility of the commission and this was also affirmed not long ago by a judgment of the Federal Court of Appeal.

The management of the commission has no intention to abdicate this constitutional responsibility. At no time did management willingly surrender the commission’s mandate to the Nigeria Police Force. This, it will never contemplate.’’

Ani disclosed that the management had a few weeks ago addressed the staff on the matter and had also followed up with a discussion with the Inspector- General of Police to explain issues arising from the conduct of the 2021 recruitment process.

He added, ‘’The management is currently taking up the recent announcement by the police, of screening dates for the 2021 constables recruitment, and will ensure that the constitutional responsibilities of the commission are not hijacked.

‘’Management will insist on keeping to existing clearly defined roles for all parties including the PSC, NPF, Federal Character Commission and state governments. The commission will drive the 2021 constable recruitment in line with constitutional provisions.’’

On the 2021 staff promotion, the PSC said it would approve the recommendation of its Standing Committee on Establishment at the next plenary.