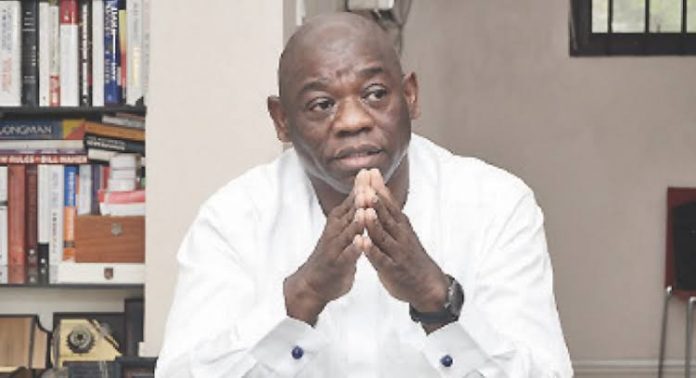 Presidential candidate of Peoples Redemption Party (PRP), Kola Abiola, says the party has no immediate plans to form an alliance for the 2023 general election.

Mr Abiola, first child of late Chief MKO Abiola, acclaimed winner of June 12, 1993 presidential election, said this at the launch of the PRP’s manifesto in Abuja on Saturday.

“I can’t see any right away. You have to run the race before you start thinking of an alliance,” he said, optimistic that PRP would win the presidential election with a landslide victory.

“We have a very strong grassroots network. We have been campaigning at the grassroots. We will soon begin our national campaign.

“We have a wide reach. We are in all the Local Government Areas of the country and we have 711 candidates nationwide. That is what we require to run a successful campaign.

“We are a national party that will make a big difference in the election,” he said.

Mr Abiola dismissed insinuations that he was riding on his late father’s legacy, saying “It is very unfortunate and ignorant of people to say that. I’m a man of my own right.”

PRP chairman, Falalu Bello, described Mr Abiola as an intellectually capable candidate and “physically fit and capable to contest alongside other candidates.”

Faulting allegations that the candidates paid for various positions, Mr Bello said “We in PRP, whoever had a mandate to contest whether presidential or gubernatorial, did not spend a kobo that he gave to the party to be nominated for any position.

“In terms of principle, there is no party better than PRP; we have been tested; we had formed government in Kaduna and Kano states,” Mr Bello added.