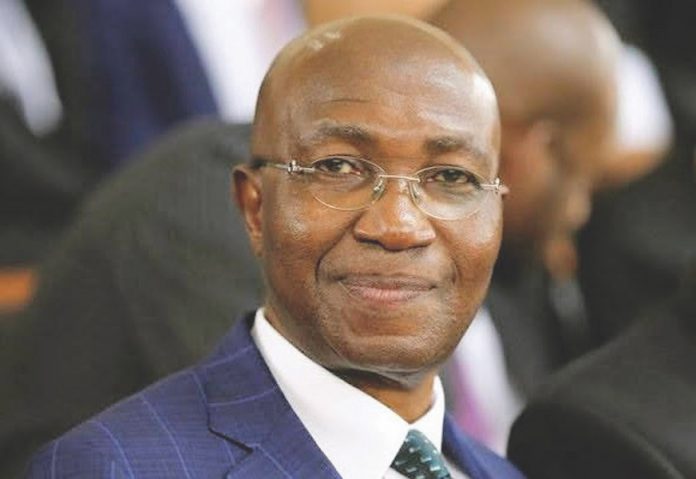 Barring any last minute change of position, the Body of Benchers has scheduled a meeting for tomorrow to discuss the controversial letter written by the President of the Nigerian Bar Association, NBA, Mr Olumide Akpata, asking legal luminary and Chairman of Body of Benchers, BoB, Chief Wole Olanipekun, SAN, to step down.

Akpata had asked Olanipekun to step down as the Body of Benchers, BOB, chairman over allegation of misconduct levelled against a female lawyer, Ms. Adekunbi Ogunde, a partner in Wole Olanipekun & Co. Chambers. The letter has since unsettled the bar.

Disturbed Olanipekun, had in a brief chat, said he does not understand why Akpata would write him a letter requesting him to step down as chairman of BoB and release same to the social media without serving him a copy more than 24 hours after it had been released to the public.

The Nigerian Body of Benchers is a professional body concerned with the admission of prospective students into the Nigerian Law School. Members of the body are called Benchers.

The body also regulates the call of graduates of the Nigerian Law School to the Nigerian Bar as well as the regulation of the legal profession in Nigeria.

The Chairman of the Body of Benchers, Chief Olanipekun however said he would not be able to react on the content of the letter until he has seen it.

Olanipekun, a one-time President of NBA said from all indications, it appears there is an ulterior motive behind the action of the professional body of lawyers.

The respected silk who said he had received a lot of calls on the letter which he claimed had been trending on the social media for about 24 hours now added: “As we talk, I am yet to get a copy of the letter. People have been calling me but I can’t react to a document that I have not seen”.

Olanipekun reacted on a day some prominent members of the inner bar including Chief Mike Ahamba, SAN, Chief Bennbella Anachebe, SAN and Chief Samuel Okutepa, SAN, lashed out at Akpata over his method of handling the issue.

All of them who separately spoke said without looking at the merit of the case before the disciplinary committee of the NBA, contended that the association’s President should have first sought audience with Chief Olanipekun , a former President of the NBA, and perhaps other elders or past Presidents of the NBA before writing such letter if still necessary.

According to them, the fact that he wrote the sensitive letter and leaked it to the press showed that his intention was less than noble.

Chief Mike Ahamba in his reaction said the entire letter was and remains a mere opinion of the writer while another Senior Advocate of Nigeria who pleaded anonymity said the NBA President didn’t give Olanipekun the benefit of the doubt that he could be independent, adding; “In any event, it is only in Oyinbo land that somebody will quit his job because of a mere call by somebody who appears to have ulterior motive in writing such letter”.

The controversial letter by Akpata had asked Chief Wole Olanipekun to step down as the Body of Benchers, BOB, chairman over allegation of misconduct which affected a female lawyer, Ms. Adekunbi Ogunde, a partner at WoleOlanipekun& Co. Chambers

Akpata made the call following a petition against Ms. AdekunbiOgunde.

Akpata’s letter to Olanipekun reads in part: “As you know, the Legal Practitioners Disciplinary Committee (LPDC) is a Standing Committee of the BoB, whose processes come under the supervision of the Chairman of the BOB – an office which you currently occupy.

“Against the backdrop of your partnership relationship with Ms.Ogunde, vis-a-vis the prosecution of the petition by the LPDC, it is clear, albeit unfortunate, that you have been put in a situation where your continued occupancy of the office during this period would conflict, or be reasonably interpreted to conflict, with or influence the processes of the LPDC, by fair-minded observers and right thinking members of the public, both within and outside our profession.

“By reason of your close professional ties and involvement with Ms. Ogunde, it would be an infraction of the salutary principles of natural justice for the said Petition to be heard by the LPDC while you continue as Chairman of the BOB, of which the LPDC is a committee.

“Consequent upon the above, I am constrained to invite you to recuse yourself from chairmanship of the BOB henceforth and to allow for the emplacement of an interim leadership of the BOB, in order to enable the LPDC carry out this particular assignment, amongst others, without coming under an undue suspicion of impartiality.

There are reports that Adekunbi Ogunde had sent an email to Saipem Contracting Nigeria Ltd soliciting a brief after the Rivers state government preferred charges against the company over allegations of $130million fraud.

Though the firm of Henry Ajumogobia, SAN is defending Saipem, Ogunde told the management to consider hiring Olanipekun& Co.

The partner informed CEO Francesco Caio that Olanipekun has more “influence” with judges across all courts.

“We are aware that another law firm is currently in the matter but you will agree that highly-sensitive and political matters require more influence.

“We are happy to work with the current lawyers to achieve the desired results. Chief Olanipekun SAN, OFR, will significantly switch things in favour of SAIPEM.”

Ogunde included that Olanipekun chairs the BOB comprising “supreme court judges, presiding justices of the court of appeal and chief judges of all state high courts, including the Rivers state high court.”

In a protest letter, Ajumogobia declared that the action was a breach of mandatory rule, especially the acknowledgement that Saipem had a counsel.

“That I and my firm of Ajumogobia&Okeke were retained in the matter, was a matter of public record and was personally known to you and your firm, since you had asked me about the matter during our Unilag Law Faculty Alumni dinner at Harbour point in February,” he wrote.

Ogunde apologized to Ajumogobia: “My email of 20th June 2022 (although done in exuberance, but in good faith and with altruism) has caused great distress, embarrassment and trauma to the people I hold and will continue to very dearly.”

On June 24, Olanipekun again apologized in a rejoinder, stressing that no one authorized the email by Ogunde.

“First, let it be known without any equivocation that the said letter was written without the instruction, authority, mandate, approval or consent of WoleOlanipekun& Co.; it was also not brought to our attention by the writer.

“Second, it has never been the practice of our law firm to solicit for cases or clientele, and we shall never indulge ourselves in this disturbing practice and trend.”

The letter said Ogunde acted on her own, “and we do wholly dissociate ourselves from the letter and its contents: internal measures would immediately be taken to address and redress this very unfortunate situation.”

“The writer never discussed her intention to write the letter or showed it to any person or counsel in the office, either before or after sending it to Mr. Caio.

“We unreservedly apologize to the highly respected H. OdeinAjumogobia, SAN, OFR, and the entire law firm of Ajumogobia&Okeke for the embarrassment which the letter might have caused them”.

Olanipekun added that the matter has also caused his chamber “a lot of embarrassment as well”.

After the exchanges between the two Chambers of Olanipekun and OdeinAjumogobia, both SANs, a petition sprang.

In the petition with registration number BB/LPDC/901/2022 to the LPDC, John Aikpokpo-Martins, NBA vice president said the issue brought shame to the justice system and legal profession liable to be disciplined…seeing that the Respondent has the ostensible authority to act as a partner, and indeed acted for and on behalf of the said firm”.

While plans were in the pipeline to commence the trial of MsOgunde, the NBA President, OlumideAkpata, fired a letter to Chief Olanipekun wanting him to step down as BoB chairman.

Although the letter has been trending on the social media for more than 24 hours, Olanipekun said he was yet to be served.

Akpata, in the letter, informed Olanipekun that the NBA had taken the matter to the Legal Practitioners Disciplinary Committee (LPDC).

He said the LPDC is a panel under the BOB which Olanipekun, a former NBA President, heads.

Akpata said he is in a situation where his continued occupancy of the office would conflict with or influence LPDC processes.

“I am constrained to invite you to recuse yourself from the chairmanship of the BOB and to emplace an interim leadership.

The NBA believes this would ensure the panel carried out its investigation of Ogunde, “without coming under the suspicion of impartiality”.

“I am pained that I have to make this call, but in this circumstance, it is in the best interest of our Association and of the legal profession in Nigeria “, Akpata added.