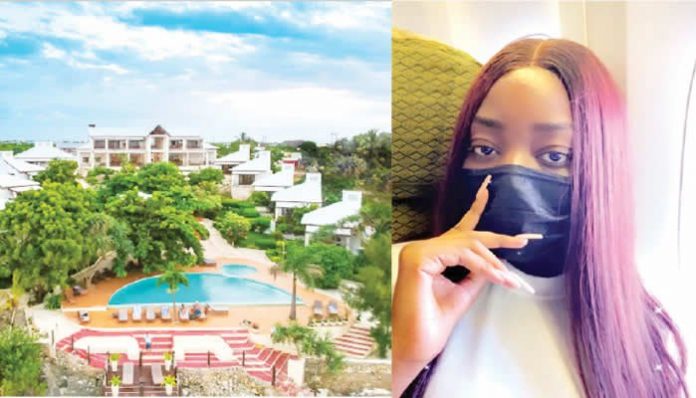 The Zanzibar Commission for Tourism, Tanzania, has commenced investigation into allegations of robbery and attempted rape made by a Nigerian tourist, Zainab Oladehinde.

This was after Nigerians expressed outrage at the incident, which trended on Twitter and affected the reviews of the Warere Beach Hotel, Nungwi, Zanzibar, where the event occured.

Oladehinde had, in a series of tweets on Saturday, said she boarded a plane from Lagos to Tanzania and proceeded to lodge in the hotel to celebrate her 23rd birthday.

The victim said she was to be lodged in the hotel for six days, but a “traumatic experience” in the facility made her undergo therapy for a year.

She stated, “Around 12am, a few friends and family called to wish me a happy birthday and then I went back to my room to sleep. A few hours into my sleep, I started to feel a strange hand touching my breasts.

“Now, this was me sleeping naked on my bed in my hotel room with my doors locked. So, this was definitely a dream. I told myself and went back to sleep. Some few minutes afterwards, I started to feel my hands stroking someone’s pen*s.

“At this moment, I opened my eyes to confirm if it was actually a dream or I was in real danger. Lo and behold, it wasn’t a dream. There was a naked man lying on my bed and touching me at 2am in my hotel room!

“He started calling me baby and then I became scared because the room was dark as I had switched off the lights before I went to bed. Now, I was extremely scared.”

In that moment, Oladehinde said she asked for the man’s identity, adding that he ignored and gagged her mouth to prevent her from calling for help.

She said dreadful thoughts of being raped and killed, among others, occupied her mind, as she never knew how the man entered her room, which was locked.

According to her, the yet-to-be-identified man was about to rape her when she shouted that she had HIV, which made him to stop.

“So, I continued begging and telling him I’d allow him have sex with me but he’d need to get a condom so as not to get HIV. I kept on saying HIV whilst crying profusely at this point. As I struggled to not let him strangle me, he left the room and told me he’d be back with a condom.

“I decided it was very unsafe for me to remain in the room. If I’d die, I’d rather die trying to escape rather than let the man come back to attack me a second time. I quickly put some clothes on and left my room barefooted so as not to make noise when I get out.

“On getting outside the room, I wanted to make my way to the reception, but then I saw two security men standing outside by the pool side having a conversation. I wanted to meet them to tell them I had just been attacked by a stranger in my room.

“But I thought to myself, what if this was the person who actually attacked me? Then I became extremely scared because I’d have to find a way to get to the reception without those men seeing me,” she added.

Oladehinde said she crawled to avoid being noticed and when she got to the rooms at the reception, she knocked on the doors but no one answered.

She said, “I was crying profusely at this point because I thought I wouldn’t survive this night.

“Almost immediately, I remembered the Russian couple I had spent some time with the day before and I could go to their room to seek refuge. I started crawling on my chest till I got to their room.

“Fortunately for me, the room was opened and I ran inside. They woke up almost immediately and I told the guy, Alex, how I was strangled and almost got raped in my room.

“He advised that I stay in his room till we sort out the issue by daybreak. I called my friend to tell him I was in another room where I felt safe and he told me he had called the hotel owner. This was around 4am in the morning.”

Around 6am, the victim said she left Alex’s room and called her taxi driver, one Suley, to convey her to the nearest police station.

While awaiting the driver’s arrival, Oladehinde noted that she realised her phone battery would soon go flat when she summoned the courage to go into her room to pick up her charger.

Upon entering the room, she, however, discovered that she had been robbed of $1,100, adding that it took two hours before the hotel manager, one Mussa, attended to her.

She said, “Mussa claimed to have received a phone call around 4am by the hotel’s owner to check for me in my room after my friend called them. He said he didn’t find me in the room, so he went back to bed.

“I told Mussa to call out all the security personnel that were on duty the night before so we’d get the hang of who the culprit was. They all came out. I couldn’t recognize any of them, but I could smell the man that was in my room that midnight.

“The taxi driver arrived and we all left for the police station. When we got to the police station, I was asked to write my statement, which I did. The policemen advised I go to the hospital to do a check-up if I was raped or not.

“They were all speaking Swahili and were asking me questions instead of interrogating the suspects. When I decided to take a picture of the police station and the statement I had written, the policemen started threatening me to delete the pictures.

“I didn’t delete my pictures and videos. Instead, I took more because this was the only weapon I had against them. I started to Google Nigerian embassies in Tanzania. I called all of them, but no one answered me.”

Oladehinde said when the nurse at a hospital she visited confirmed that there was no penetration, the policemen said they had no reason to press charges on sexual assault, adding that the only issue was the stolen money.

In a short video clip posted alongside the tweets, Alex was heard confirming that Oladehinde came to seek solace in his room on April 16, 2021, when the incident happened.

A statement by the Executive Secretary, Zanzibar Commission for Tourism, Hafsa Mbamba, condemned the incident, saying an investigation had commenced.

The statement read in part, “The Zanzibar Commission for Tourism is shocked and disappointed to learn of this incident and take these allegations very seriously. An immediate investigation has commenced and we will report on its findings. We condemn any harm or threat to our visitors to the peaceful islands of Zanzibar.”