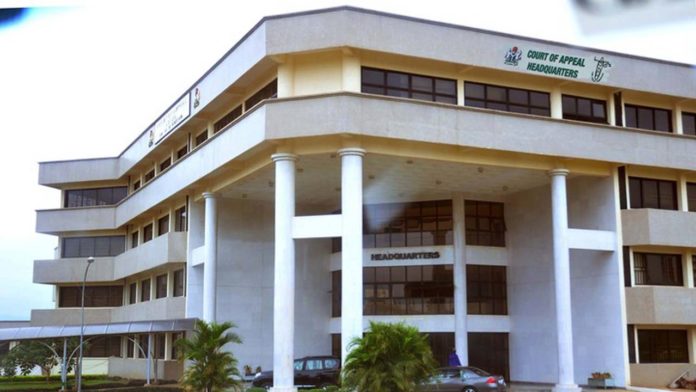 The fast-declining number of Justices of the Court of Appeal has dropped to 70 from the 81 that it was as of July this year.

This leaves the court with 20 vacancies on its bench which statutorily has a full complement of 90 Justices.

Our correspondent gathered that a total of 11 Justices have left the bench of the appellate court since the last “interim posting” of Justices carried out by the President of the court, Justice Monica Dongban-Mensem, in July this year.

Between July and November, eight of the Justices of the court were elevated to the Supreme Court bench, while the three others either retired or died.

It was learnt that this has created some difficulties in seven of the 20 divisions of the court scattered in different states of the federation and the Federal Capital Territory.

The seven affected divisions are Lagos, Ibadan, Benin, Port Harcourt, Abuja, Calabar, and Makurdi, which are now either grappling with increased pressure or unable to form a quorum because of shortage in judicial manpower.

The situation became pronounced because the eight Justices recently elevated to the apex court bench were picked from five divisions, some of which are among the busiest of the 20 divisions of the court.

The five divisions whose Justices were elevated to the Supreme Court are Abuja, Lagos, Port Harcourt, Benin, and Makurdi.

The Benin and Makurdi divisions appear to be the worst hit as they are no longer able to form a quorum required for sittings, except at least one Justice is urgently deployed to each of them.

The Benin Division with previously five Justices is now left with two, which is short of one to make the minimum quorum required for the sitting of the Court of Appeal.

The number of Justices at the Makurdi Division dropped from three to two with the inauguration of the Presiding Justice, Justice Adamu Jauro, as a Justice of the Supreme Court on November 6.

The Lagos Division, which is arguably the busiest among the 20 divisions of the court became short of two Justices and is now left with seven following the elevation of the Presiding Justice of the division, Justice Mohammed Garba, and Justice Tijani Abubakar, to the Supreme Court.

At the Abuja Division, the Presiding Justice, Justice Abdu Aboki, and Justice Emmanuel Agim, were elevated to the Supreme Court, leaving only six Justices at the very busy division.

The Presiding Justice of Port Harcourt Division, Justice Ibrahim Saulawa, was also among those recently elevated to the apex court bench, leaving the division with four divisions.

Speaking with our correspondent on the shortfall of judicial manpower of the Court of Appeal on Thursday, a Senior Advocate of Nigeria, Chief Adegboyega Awomolo, charged the National Judicial Council to quickly fill in the vacancies.

On his part, Mr. Kunle Ogunba, also a Senior Advocate of Nigeria, said the ongoing process of appointing more Justices to the Court of Appeal should be expedited.

He said, “I am aware that there is an ongoing process for the appointment of more Justices to the Court of Appeal. So, we only need to accelerate the process.

“Two of the eight Justices elevated to the Supreme Court were from the Lagos Division. You can imagine what it implies that before the elevation of the two Justices, we were clamouring for the deployment of more Justices to the Lagos Division, so that there could be more panels to handle backlog of cases. So, we appeal that the ongoing process for appointment of more Justices for the court should be accelerated.”