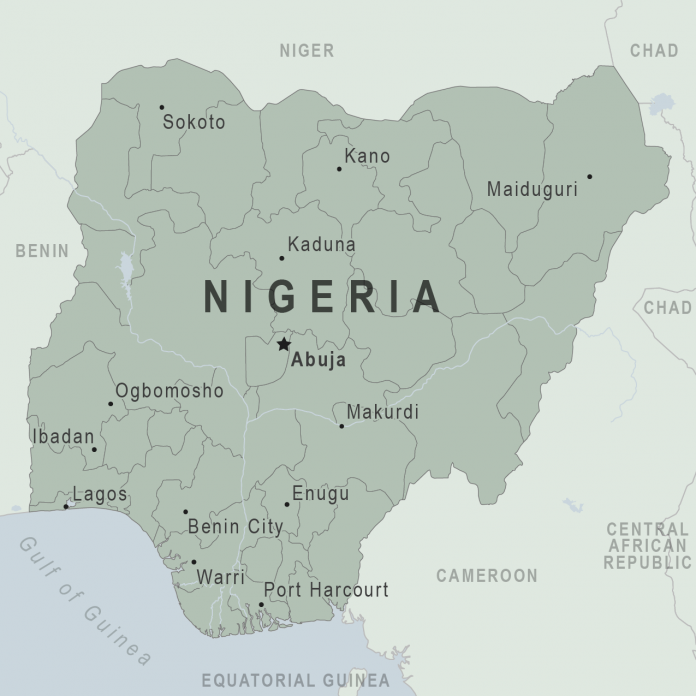 Nigerians have gone spiritual in their desire for good and people-oriented leadership in the country ahead of the 2023 presidential primaries.

By next Monday, it would become clear who will be flying the presidential flags of the two major political parties in the country- the Peoples Democratic Party, PDP, and the ruling All Progressives Congress, APC.

The ruling APC and main opposition, the PDP will share a total number of three thousand, one hundred and fifty presidential delegates’ votes combined. The delegates will vote to elect their parties’ flag bearers in Abuja at the weekend.

A total of 3,150 elected ad-hoc delegates will be shared between approximately 39 aspirants from both parties – 2,340 for the APC, with at least 23 aspirants and 810 delegates’ votes for PDP’s 14 aspirants.

They are expected to vote to elect presidential candidates during the indirect primaries and national convention slated Saturday, Sunday and Monday May 28-30th respectively.

The coming weekend will be a decisive one for Nigeria and Nigerians, as they anxiously await the outcome of the elections, especially from the APC presidential primaries scheduled for Sunday and Monday, May 29-30.

The different aspirants from both parties have been at the top of their wits, moving from State to State, ensuring that all loose ends were neatly tidied up.

However, one may not be too far from the truth to say that three leading contenders have emerged from the PDP namely the Rivers State Governor Nyesom Wike, former Vice President, Atiku Abubakar and former Senate President, Dr. Bukola Saraki.

Peter Obi, who was one of the party’s strong contenders for the ticket, dumped the main opposition party on Wednesday.

PDP sold 17 forms to its presidential aspirants and about 14 of them are still in the race after two were disqualified during the screening and Peter Obi’s resignation yesterday.

For the APC, despite making history by selling the costliest forms in Nigeria’s existence, the party recorded the highest number of buyers in its history.

The APC sold a total of 28 presidential nomination and expression of interest forms amounting to N2.8 billion, to 28 presidential aspirants. Although some of the aspirants dissociated themselves from the forms and denounced the buyers, the party said that only three of those forms were not submitted.

The APC Spokesperson, Felix Morka said that only the Minister of Labour and Employment, Dr. Chris Ngige, Governor of the Central Bank of Nigeria, CBN, Godwin Emefiele and the Minister of Petroleum for State, Timipreye Sylva, did not submit their forms.

“For some of them, it’s a bit iffy. What I have this time, we’ve 28 who purchased form and at the last count, we have 25 who made submission.

“But three of them did not. They are Senator Chris Ngige, Godwin Emefiele and then we have Timipre Sylva,” he said.

It is worthy of mention that extrapolations based on the actual number of delegates from the two leading political parties have become very difficult and this is due to President Muhammadu Buhari’s refusal to sign the latest amendment to the Electoral Act.

And as these politicians are set to battle it out for their parties’ presidential ticket this weekend, many Nigerians have said that not again will God allow the sufferings of the past seven years, which, according to them, is as a result of bad leadership, to continue. To some of them, what Nigeria needs at this point is divine intervention.

On the streets of Abuja, the nation’s capital, Nigerians talked ahead of the primary elections of the two major political parties.

“My brother, we are now solely depending on God for the best among the numerous politicians contesting the primaries of these two parties. Have you asked yourself why over 40 people are contesting for the position? They want to go there and continue enriching themselves. It’s unfortunate that these two parties are still the ones Nigerians will choose from again in 2023. Some of us were thinking that another party will emerge before this time and silence them but since that’s not the case,, our hopes are now solely on God alone.,” Adewale Adeyunji, a.k.a AA, a commercial taxi driver at Berger Bridge, said, adding that “the current administration has been harsh on me. I don’t know about others but from the way I’m seeing things and the way passengers complain, it seems it’s a general problem. For me, I’ll say anybody that is not Buhari should come. But God will help us.”

John Nwoko, a fashion designer in Utako Market, Abuja, said, “Every Nigerian knows that the past seven years have been terrible. The Buhari government has sent so many people to poverty and some to their early graves. Nigerians are keenly looking forward to how the primaries of the APC and PDP will turn out. Anything short of a good leader now could mean that God is against Nigeria. Killings everyday, hardship to the extent that what we used to call ‘ordinary pure water’ is no longer within the reach of everyone. Since we’re still depending on APC or PDP, God must show us love and produce the best from the rest.” Asked who he thinks is the best, Mr Neoko said, “It’s left for God to decide because the last time we made the decision ourselves, see where we are today.”

We understand that this was the view of many traders around Nwoko’s shop as they nodded in agreement as he spoke to our correspondent.

Also speaking, Madan Grace Olaifa, a clothes seller at Wuse Market, who further identified herself as a member of Living Faith Church, said, “I’ve handed it over to God. I believe he knows all things. See, there are some problems you can’t solve as a human being, so those ones you submit them to the will of God. Nigeria is one of those problems. I used to hear that God blessed this country with everything, even human resources, unfortunately for us, no good leaders. As for the APC and PDP primaries, I’m not a politician, what I know is my shop, my family and my God. Things are getting difficult everyday but we believe in God. God will answer our prayers and send us a messiah whether from PDP, APC or any other one. ”

“See, I don’t care who wins in the primaries. For me, what I just want to hear is that this current administration has left office. I just wish they can leave right now even as I’m speaking with you. 2023 is like two hundred years for me. People have suffered. To think that I shouted ‘Jonathan must go,’ ‘Jonathan should go’ in 2015 and then I had two kids and were buying a bag of rice for N7,000 and now my family has increased to five and rice is sold for N32,000. Our currency is valueless. No electricity for those doing business and no fuel at filling stations. People are tired. 2023 is too far. Let them do their primary elections and we pray to God to have mercy on us and give someone who knows that citizens exist,” Jude Amakwe, a trader at AMAC Market said.

Shibkau Abdul Hafizq, a Pharmacist, said he will no longer put his hope on politicians: “Let them conduct their primaries peacefully so that we that are not politicians can have peace in this country. I no longer believe politicians. Never! I remember all the promises made by the current administration but none of them was fulfilled, instead what we see is death and hardship. Truly, my hope is in Allah. Is Allah’s will that will happen be it from APC or PDP, they are the same deceivers. So I think Nigerians should not expect anything from this crop of politicians. See how people are suffering but are those politicians not buying forms for N100 million? They travel from State to State sharing money among themselves. One day, Allah will have mercy and remember Nigeria with a good leader. That’s all I have to say. I don’t care about their primaries and I’m not looking forward to it. If Buhari can fail us, that means you can’t hope on anyone.”