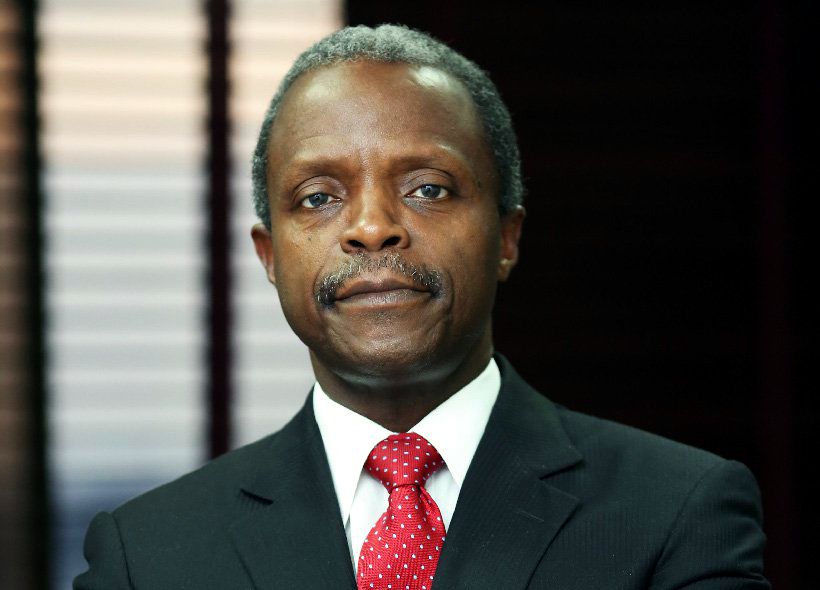 The Executive Chairman of the Federal Inland Revenue Service, Tunde Fowler, has urged Nigerians to continue to pray for Vice-President Yemi Osinbajo, saying the VP has an uneasy task on his hands.

Also, Osinbajo said he could not disclose all the bad things he did with his friends during their childhood days.

Fowler, who is Osinbajo’s childhood friend, made the call on Sunday at a send-off organised in honour of their friend, Ade Asekun, who has been appointed as the new Nigerian ambassador to Canada.

The ‘Barbecue Send-off Party,’  which held at the Opebi, Ikeja, Lagos residence of Dr. Olu and Chief (Mrs.) Bukky Ajomo (née Asekun), had in attendance close friends and well-wishers of Asekun, who was accompanied by his wife, Olawunmi, and their children.

Fowler, in his remarks, noted that his friendship with Osinbajo and Asekun dated back to over five decades, describing it as divine.

He stated, “The apex of my celebration was when I found out that the three of us got B in Literature in English. That was the best result in the school and three of us were prefects.

“I think our relationship is one ordained by God because it is not by our doing, we just happen to have been friends for so many decades. Sometimes when we dress up and appear at events, we are almost wearing the same kind of shirts, the same kind of trousers. So, I think it is something from God.

“I call him my brother now. Pray for our Vice-President, for the good job he’s doing. It’s not easy. Trust me, it’s not easy to be in that position and of course our brother, Shakes (Asekun), we have all types of names for one another, we are going to miss him but one thing I am sure of is that when he gets to Canada, you will see changes, people will see Nigeria in a different light.”

Noting that an ambassador could not freely travel without first obtaining the permission of the President, Fowler promised that in spite of this, “we will visit you there.”

On his part, Osinbajo said some of the things he did with his friends during childhood were best left unsaid because “if we are to say the bad things, the social media will be full.”

Osinbajo said his friend, Asekun, got the envoy job on merit, saying the job “is just very fitting” for Asekun, who was hitherto the Chairman of Wema Bank Plc.

Osinbajo said, “Ade, I think, is a very, very deserving person because he’s always been, not just a faithful and loyal friend, but I think that he is exceptional. He’s very honest. I don’t know many people in this country who are as honest as Ade.

“His integrity is something that I have always found very admirable. And it all explains why he has done so very well in all the jobs that he has done. He’s always the person to trust, someone to rely on. And I know that even in this new assignment, he will still be the same person – a person to trust.”

Speaking about Fowler, Osinbajo also described the FIRS helmsman as a brilliant man.

He added, “Tunde is the only one I know who can actually be reading and dozing off and still takes in all that he has read. I assure you, Tunde would doze off and still come out excellently.  Over time, he has proved to be an excellent guy.”

Responding, Asekun thanked his friends and well-wishers for taking time out to felicitate with him.

“I’m really very joyous, I’m expectant concerning the future. And I’d like you all to, as often as you can, remember us in prayers.

“Olawunmi and I and the children are going where we haven’t gone before; it’s a new career, new experience but I believe God has gone ahead of us. I covet your prayers,” Asekun said.