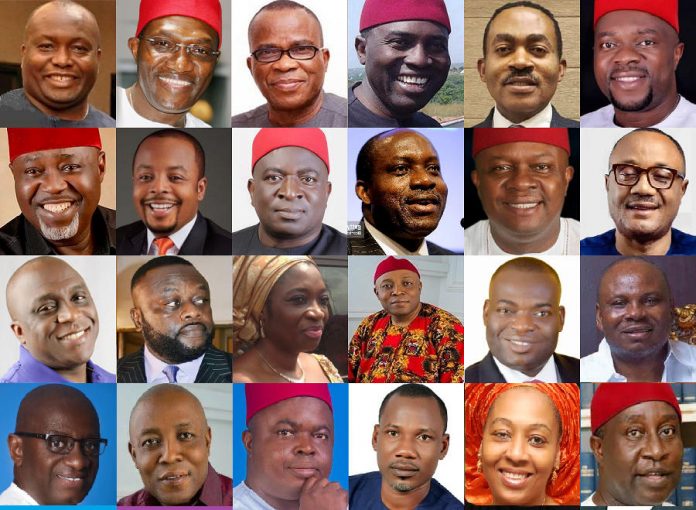 Political stakeholders in Anambra State have berated ARISE TV for inviting only three gubernatorial candidates to the election debate. There are over 18 political parties involved in Anambra gubernatorial poll but only 3 candidates were invited for the debate. Many have wondered on what criteria was the invitation extended.

Reacting to the decision of ARISE TV, the media team of Col Geoff Onyejegbu, Allied People’s Movement (APM) gubernatorial candidate, urged ARISE TV to invite all the candidates involved in the November 6 election or put a hold on the debate.

The statement read, “It’s no longer news that Arise TV has not been media friendly to some of the parties contesting the Gubernatorial election of Anambra State.“We have 18 political parties in this election and only 3 Candidates of which are invited for the debate, on what criteria was this invitation sent?

“You can recall that Col Geoff Onyejegbu the Candidate of the Allied People’s Movement (APM) who turned up for the last debates performed excellently well than his colleagues and yet the points and results have not been released.“I therefore, call on Arise TV to immediately extend the invitations to all the political parties involved in the election or better still put a hold on the debate.

“One wonders the basis for Arise News decision on such a very sensitive matter in a governorship election week in the State. “Is it the channel’s agenda to set the scene for a predetermined election outcome this Saturday in the State, or are they arrogant enough to feel justified in selecting preferred candidates for the electorate in the State?“Elections are always about the future and never about the past and past performances.

“If this assertion is true, whose interest then are Arise News in Anambra to serve today, and indeed this week?“What right do they have to tell Ndi Anambra which candidates are superior going into the election on Saturday?“Ndi Anambra, why are we surprised that our land is very restive presently if we continue to allow impunity to reign and if they continue to trample on the sensitivity of the people?“Once again, can Arise News honestly tell Ndi Anambra whose interest they are serving in Anambra this week?“Our candidate Chief Ben Etiaba is in this race to fight for, and to protect the interest of the masses in Anambra State.“If we let this impunity go without protest, it signals our unseriousness and unpreparedness in this governorship race this Saturday.“According to Saint Francis of Assisi, “All the darkness in the world can never extinguish the light of a single candle”.“Action Alliance will continue to stand up to defend the interest of Ndi Anambra over and above the interest of a few that have held us down as a people for decades.“We are better than this as a people for Anambra State remains the ‘light of the Nation’