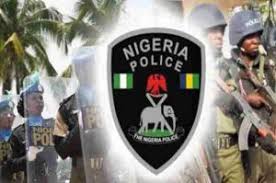 A permanent secretary, Engr Alexander Plangnam, who was kidnapped in front of his premises on January 1, 2023, has been rescued by the Plateau state police command.

Through combined efforts, the victim was rescued and his vehicle was recovered at Mistali village of Bassa LGA on the same day at about 2340hrs while the kidnappers escaped.

A statement released by the spokesperson of the command, DSP Alfred Alabo, says at about 9.30pm on New Year’s day, a distress call was received from a good Samaritan and a resident of State Low-cost Jos South LGA, that Plangnan who is the Permanent Secretary of Plateau State Ministry of Work was kidnapped in his official Hilux vehicle at the gate of his residence at State Low-cost by four unknown gunmen.

”Immediately after the report was received, the scene of the ugly incident was visited by the DPO Rantya, SP Ayuba Iliya and team and investigation was intensified. Through the combined efforts of Rantya, Jengre Police Divisions and the Anti-Kidnapping unit of Plateau State Command, the victim was rescued and his vehicle was recovered at Mistali village of Bassa LGA same day at about 2340hrs while the kidnappers fled. However, one Jerry Moret ‘male’ who was knocked down by the hijacked Hilux vehicle controlled by the kidnappers during the process, has been taken to the hospital for medical attention.”the statement in part read

Meanwhile, efforts are on to the trail and apprehend the fleeing suspects.