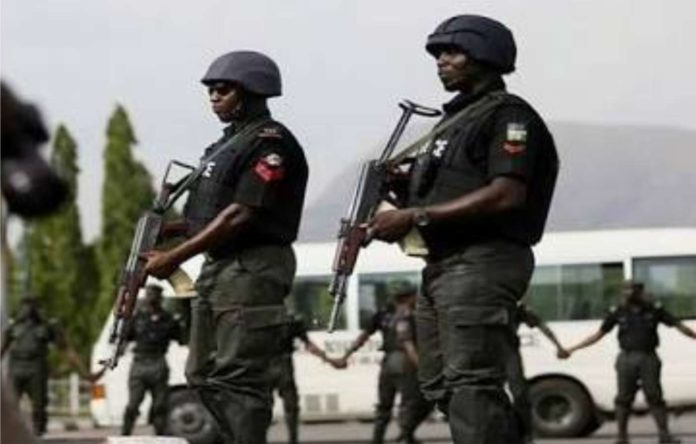 Armed policemen in Lagos Tuesday invaded the office of Kings Communications Limited, publishers of MMS Plus newspaper, over a story exposing corruption and debts in the Dangote refinery.

The media outlet reported that the policemen arrested its Editor-in-Chief, Kingsley Anaroke, and the Editor of MMS Plus, Kenneth Jukpor, over a story published on the possible takeover of the Dangote refinery by AMCON owing to increasing debts.

“After several failed attempts to get the Editor to pull down the story, the Dangote spokesman instead of a rejoinder or the legal action which he threatened against our media house, he has resorted to bullying by sending four policemen to besiege the headquarters of Kings Communications Limited in Festac, Lagos since 7am,” The report states.

The original report ‘AMCON May Take Over Dangote Refinery As Liabilities Swell’, reported on Sunday, said Dangote Group’s debt profile was set to hit $8.4billion by 2025.

The report states that the company debt is currently at about $7 billion, with $700 million per annum set for debt servicing.

The refinery is projected to begin operations in 2025, though its completion date has been moved eight times.

The federal government has stepped in to ease founder Aliko Dangote’s financial woes.

The Dangote Group has been working on the facility, set to carry about 10.4 million tonnes in petrol refining capacity per year.

Its founder and promoter Mr Dangote claimed the development would help encourage investments in Nigeria’s oil and gas industry, but Mr Dangote, relying on Nigeria’s protectionist policies, continues to position himself as the sole beneficiary once operations kick-off.

In February, the Dangote Group proposed a provision in the now-passed Petroleum Industry Bill (PIB) that would have banned the importation of oil by other companies who were without refining licenses.

It was also recommended that the volume of imported fuel should be distributed in line with the production capacity of the other refineries.