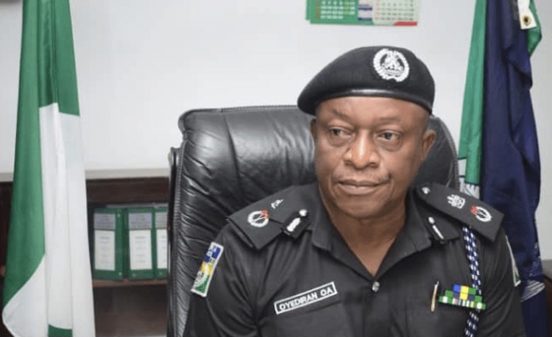 Rabiu Olalekan, a suspected fake medical doctor, has been apprehended by the police in Ondo State.

Mr Olalekan was arrested by a team of Special Intervention Squad from the Ondo police command following a report against him.

Parading the suspect in Akure, the Commissioner of Police in Ondo, Oyeyemi Oyediran, said the suspect operates an illegal hospital at Orita Ojo in the Odigbo local council area of the state.

Mr Oyediran noted that the suspect usually “impersonates” the Chief Medical Doctor (CMD) of a private hospital, in the Orita-Ojo area of Odigbo.

“The suspect carried out a caesarean surgery on a pregnant woman who was later rushed to Mother and Child Hospital due to excessive bleeding from her private part, it was discovered that the self-acclaimed doctor stitched the womb and the urinary tract together.

“During the investigation, it was discovered that the suspect is not a medical doctor but attended the School of Health Technology, Ijebu-Ode, where he studied Community Health Extension Worker and has been deceiving the people with being a Medical Doctor.”

The CP said “He also claimed he invited one Dr. Bayo to help him carry out the caesarian section on the victim but he does not know the address or contact of the said Doctor as he has lost his phone which was the only means of communicating with the Doctor.”

The police noted that the suspect would soon be arraigned in court for prosecution.

Meanwhile, the police also arrested two suspected murderers, namely, Ebine Adeleke, 40, and Sarah Abegunde, 50, who were paraded before reporters on Friday in Akure.

While Mr Adeleke was alleged to have killed a neighbour identified as Surulere Ajayi, Ms Abegunde was accused of strangling 86-year-old grandmother Agartha Dare to death.

The duo are currently in custody of the police and would soon be prosecuted.