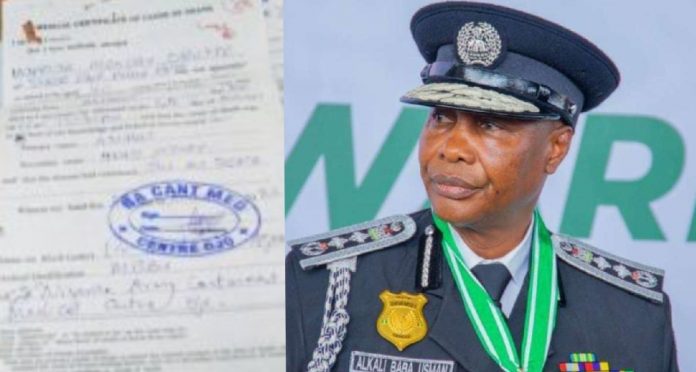 Two autopsies carried out on late police inspector Monday Orukpe of the police command in Lagos State have revealed that the officer died of assault, multiple injuries and blunt force trauma.

The autopsies were conducted by the Lagos State University Teaching Hospital (LASUTH) and the Nigerian Army Cantonment Medical Centre, Ojo.

The widow, Favour Orukpe, made the reports available on Thursday.

On August 3, soldiers from Ojo Cantonment allegedly clashed with some policemen controlling traffic in the area, leading to the death of Orukpe.

The autopsy from LASUTH, signed on October 27 by a doctor, O.O. Onayemi of the Department of Pathology and Forensics, revealed that multiple injuries and blunt force trauma caused Mr Orukpe’s death.

The Nigerian Army’s autopsy report signed by I. Agueze revealed that the primary cause of death was assault, while the secondary cause was a head injury.

Ms Orukpe stated that her husband had not been buried because of the delay in releasing the autopsy reports and the Nigerian Army’s investigation report.

She added that though the autopsy reports were now released, the Nigerian Army had yet to release its investigation report to determine the culprits.

A spokesman for the Nigerian Army, Olaniyi Osoba, said the joint committee of the army and the police investigating the case was still sitting.

Mr Osoba explained that the report would be out when the committee concluded its findings.