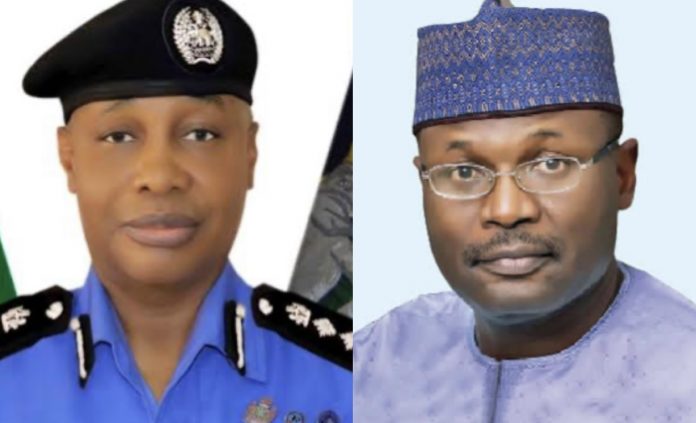 The Independent National Electoral Commission (INEC) and the police commands in Edo, Delta and Bayelsa have expressed readiness for hitch-free elections scheduled for February 25 and March 11.

The INEC resident electoral commissioners (REC) in the three states, who spoke in separate interviews, said they remained undaunted in the face of increasing attacks on the commission’s facilities nationwide.

Monday Udoh-Tom, the Delta INEC REC, said all necessary arrangements, including sensitisation programmes, had been concluded to ensure it was hitch-free.

Mr Udoh-Tom said the commission had also engaged civil society organisations, security agencies, media, and other stakeholders from time to time as part of measures to bring all stakeholders up to speed on its preparedness ahead of the election in the state.

The REC, who said the commission would not be intimidated by any threat, called on all stakeholders to continue to join hands with INEC in ensuring a peaceful election.

Also expressing confidence in INEC’s level of readiness in Delta, Fidelis Adaka, the secretary-general of the Association of Justices of Peace in the state, said, “INEC is prepared for the election. The recent upsurge in crime, especially attacks on INEC facilities, will not affect the election because the situation was worse than this in 2015.”

Speaking on INEC’s readiness in Bayelsa, an anonymous official said the commission had conducted a six-day training programme in Yenagoa, the Bayelsa capital, for chairmen of political parties, security agencies and critical stakeholders ahead of the election.

He quoted REC Emmanuel Hart, during the programme, as saying that the performance of civic responsibility by the electorate without hindrance depended on a safe and secure environment for the delivery of the commission’s electoral services.

According to the REC, the role of the police towards creating a conducive atmosphere at voting centres will be crucial to the conduct of a free, fair and credible election on February 25 and March 11, respectively.

A security expert, Samuel Asuquo, also said the current synergy between INEC and security agencies should be sustained to increase the electorate’s confidence in the electoral process.

In Edo, the chairman of Zenith Labour Party, Bishop Akhalamhe, expressed INEC’s preparedness and determination in conducting the elections in the state flowing from the series of engagements so far.

Mr Akhalamhe said the destruction of INEC facilities across the country would not stop the upcoming general elections.

“In our meetings with INEC, the REC has told us that they are ready, and we believe them. We have seen the efforts they have put into preparation for the elections,” stated the ZLP chair. “People thought the election would not hold in Anambra state, but with the resilience and commitment of the various security agencies, the election held.”

Mr Akhalamhe added that if President Muhammadu Buhari’s regime “is serious about conducting these elections, the elections will hold. When the government is committed to a cause, it gets it done.”

The police spokesman in Edo, Chidi Nwabuzor, said they had mapped out a plan called “operation order to ensure a hitch-free 2023 general election.”

Mr Nwabuzor added, “And on election day, the whole Edo state and the polling units will be policed to ensure that the voters will have their freedom in a peaceful atmosphere to carry out their civic duties, to vote whoever they want to vote for.”