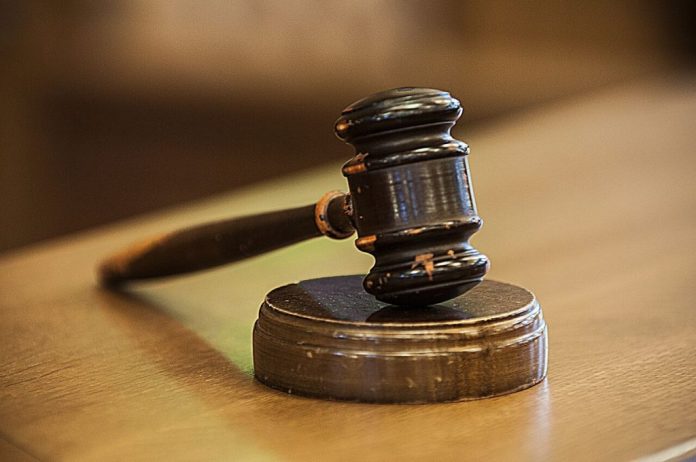 The police in Benue have arraigned Terfa Shimadoo before a Makurdi Chief Magistrates’ Court for alleged acts of terrorism, mischief and cheating.

Prosecutor Regina Ishaya told the court that the police charged Mr Shimadoo following a complaint by Sarah Maki whose land he attempted to take over forcefully.

The court heard that on November 17, Mr Shimadoo allegedly conspired with his friends and trespassed into the complainant’s piece of land which she earlier bought from him (Shimadoo) at the cost of N105, 000.

Ms Ishaya said the complainant went to the site that day with the aim of erecting a structure on the foundation she earlier laid with over N38,000, to start up a dispensary.

She said the complainant saw the suspect and two others destroying the foundation with cutlasses, hoes and other dangerous weapons.

While two other persons were on standby with their own weapons and smoking.

According to her, when the complainant demanded to know from the suspect the reason for his action, they all rushed towards her with the intention to attack her.

She also alleged that they asked her to run for her dear life if she knew what was good for her, else they would cut her into pieces with the machetes in their hands.

She said that Mr Shimadoo was arrested during a police investigation and confessed to committing the crime with his friends Igbadoo, Aboy and two others now at large.

Ms Ishaya said investigation into the matter was ongoing and requested for additional time to complete it.

However, when the case came up for mention no plea was taken for want of jurisdiction.

The Magistrate, Erdoo Ter, admitted the suspect to bail in the sum of N200,000 with one surety in like sum.

He said  the person shall be a civil servant and resident within the jurisdiction of the court.

Ter adjourned the case to January 16, 2023 for further mention.