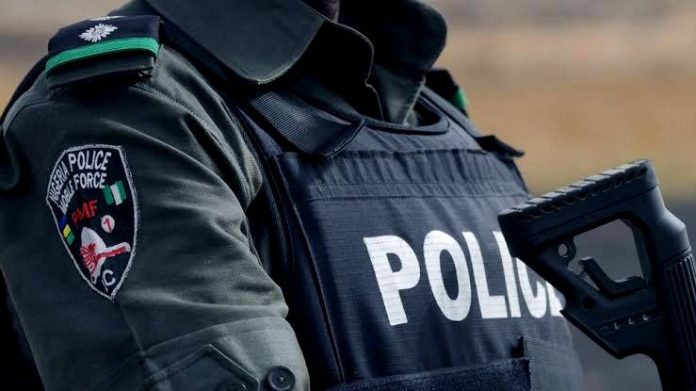 Barely 24 hours, operatives of the Nasarawa state Command of the Police Force have arrested another two men for allegedly killing a 3-week-old child.

Nasarawa State Police Public Relations Officer, DSP Ramhan Nansel in a statement issued and made available said the arrest of the suspects followed an intensive manhunt while the suspects were in lam after committing the crime on October 11 in Lafia,

According to the statement, the principal suspect Abdulkadir Ahmed 40 years old asked his friend Hassan Sabo 40 years to lure his estranged wife and mother of his three-week-old baby to his shop opposite Correctional Facility in Lafia on the pretext of seeking reconciliation with her.

The statement added that on arrival at the shop, Abdulkadir Ahmed took the child from the mother into the shop while Hassan Sabo engaged the mother of the child in a discussion outside, and suddenly, the child screamed and went quiet.

The statement explained that Abdulkadir Ahmed immediately came out of the shop and the mother enquired to know why the child screamed but was told that the child has gone to sleep.

Not satisfied, she rushed into the shop and discovered the lifeless body of her child as the culprits immediately left the scene on a motorcycle while the body was evacuated to Dalhatu Araf Specialist Hospital, Lafia by the police for post-mortem examination.

The statement further adds that the state Commissioner of Police, Adesina Soyemi ordered a thorough investigation into the dastardly act.

It would be recalled that

a 30 years Woman was on Friday arrested for allegedly killing her boyfriend
over a disagreement in mararaba, Karu Local government Area of Nasarawa state.

Operatives of the Nigeria Police Force, Nasarawa arrested
the victim, Alice Mulak in Ungwan Gwari, Karu Local Government Area of the state for allegedly killing her boyfriend with a knife.

The Police Public Relations Officer (PPRO), in the state, DSP Ramhan Nansel disclosed this in a statement issued and obtained by vanguard in Lafia, the Nasarawa state capital.

The PPRO stated that the unfortunate incident occurred behind City Rock Hotel, Mararaba at about 03:30 am following a disagreement that ensued between her and her boyfriend.

The statement which reads in part said: “Police operatives attached to Mararaba ‘A’ Division in Nasarawa State led by CSP Musa Babayola have arrested one Alice Mulak of Ungwan Gwari, Karu LGA for stabbing her boyfriend to death with a knife.”

“Preliminary investigation revealed that the incident happened behind City Rock Hotel, Mararaba at about 0330hrs when the deceased and his girlfriend engaged themselves in fisticuffs as a result of a misunderstanding,” the statement added.

The statement continued: “The suspect was arrested and the knife used in perpetrating the offence was consequently recovered based on the directives of the commissioner of police, CP Adesina Soyemi.

“The suspect has been transferred to State Criminal Investigation Department, Lafia for further investigation and subsequent prosecution to serve as a deterrent to others.”