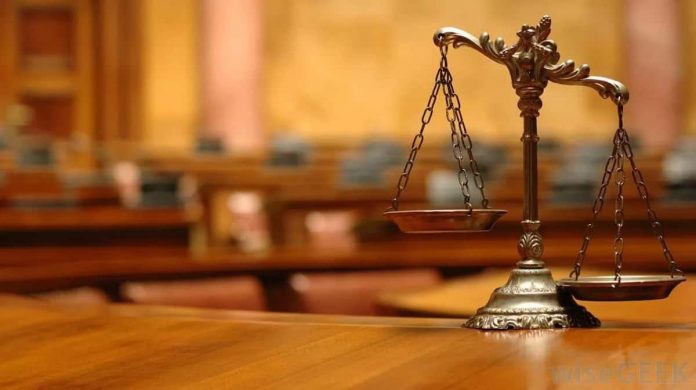 The Benue police command on Monday arraigned Samuel Ver, Isaac Ikyaa and Jacob Ikyaan in the Makurdi Chief Magistrate’s Court 5 over alleged criminal conspiracy and illegal possession of a firearm.

The police prosecutor, James Ewaoche, told the court that the case was received at DZ Section SCID Makurdi through Signal No. CJ:4161/BNS/JTF/OPZ/VOL.1/632 dated December 8 from Operation Zenda JTF Makurdi.

stress call that three armed men on boxer motorcycles were sighted along Makurdi-Naka road while planning to kidnap a middle-aged woman, Mde Mkav of Agasha town in the Guma Local Government Area of Benue.

He said the team while acting on a tip-off, swiftly swung into action and arrested the suspects, all of the various addresses in Makurdi, and recovered a dummy gun from them.

The prosecutor said it was revealed during the police investigation that the suspects belong to an armed robbery syndicate that specialises in disguising as commercial motorcyclists, usually conveying passengers to hidden places at night to rob them.

He said the accused contravened section 6(b) and 3(1) of the Robbery and Firearms Special Provisions Act 2004.

The magistrate, Erdoo Ter, remanded the accused at the Federal Maximum Correctional Centre, Makurdi, and adjourned the case till February 3, 2023, for further mention.