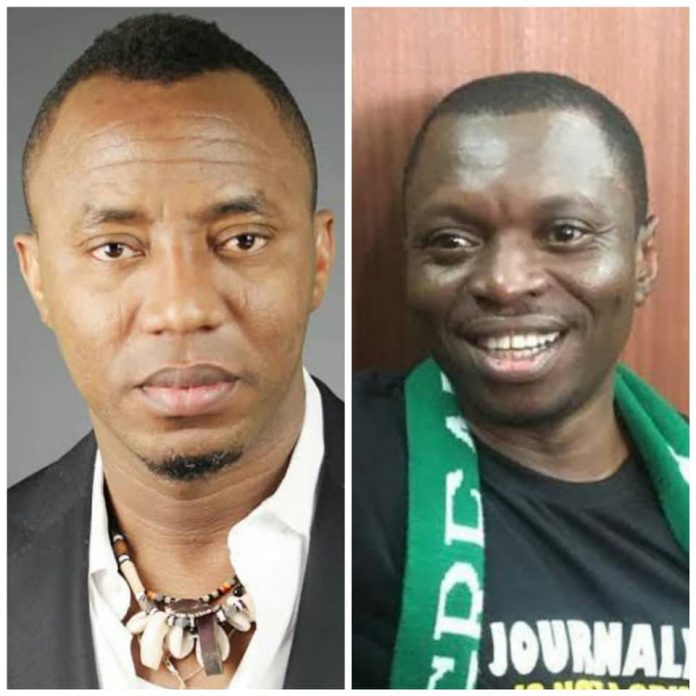 The presidential candidate of the African Action Congress, Omoyele Sowore, has said that the Nigeria Police Force has apologised to the Cross River activist and journalist, Agba Jalingo, who was arrested over alleged defamation of Elizabeth Ayade, the wife of Frank Ayade, who is a brother to the Governor of Cross River State, Ben Ayade.

In a live video on his Facebook page, Monday, Sowore stated that the police noted that the petitioner (Elizabeth) complained of trauma.

“He (Jalingo) was asked to return this morning with the provision that the lady in question should appear. But, when we got here, we were surprised, they said she has trauma. They said that she is supposed to write her own statement since she is the complainant. But, she couldn’t show up,” Sowore said.

“I told the police that since Agba Jalingo is part of our campaign, they should wait till March 2023 before they continue the case. Anyway, there is no case here, saying that the police had “stylishly apologised for the way they treated him.”

Jalingo’s lawyer, Marshal Abubakar, who also spoke, said, “If the baby lawyer (Elizabeth)  feels aggrieved by the publication of any media house, she has a remedy in law, and her remedy lies in the tort of defamation. There is no basis whatsoever for using obnoxious, anachronistic, and outdated laws that have been set aside by courts of the land to start hounding journalists who are simply carrying out duties as persons who hold the duty to inform the society about happenings.

“So we’ve advised them and I think they have taken that advice to heart that the police have no business and have no right harassing citizens any journalists for carrying out their constitutional responsibilities and duties.”

Speaking in the video as well, Jalingo stated that he was now stranded in Abuja, adding that he needed his flight ticket back to Lagos.

“I also did not forget to request that they pay my flight ticket back to Lagos because I am not going to enter ‘gongoro’. I am stranded in Abuja. They gave me a free flight to Abuja. I did not send myself here, and cannot enter gongoro back. I need money to go back,” he said in the video.

It was reported that Jalingo was arrested in Lagos on Friday after the police laid a siege at his residence.

Jalingo, who announced his arrest on Facebook, stated that the police were holding his wife and daughter hostage.

He was detained till Saturday at Area F Police Station and subsequently flown to Abuja by the police where the case was expected to continue. He was released on bail later in the night.