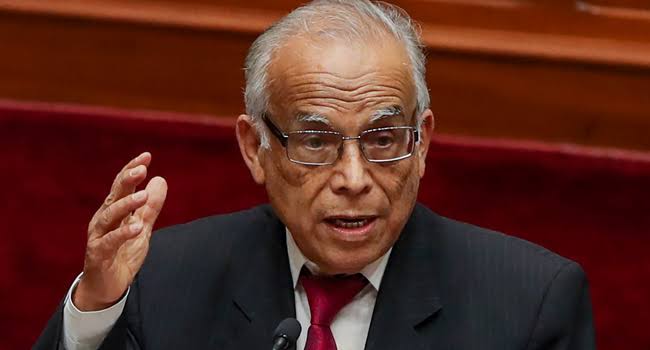 On Thursday, Peru’s opposition-controlled Congress rejected Mr Torres’ request to hold a confidence vote, as the executive and legislative branches are still locked in a long-standing political struggle, according to the report.

In his address, the prime minister sought the repeal of the law, which establishes that Congress must first approve all constitutional reform initiatives submitted to a referendum, the report said.

Mr Castillo accepted Mr Torres’ resignation, noting that he would reshuffle the cabinet.

He said the decision of the Congress was “a clear denial of trust,” the newspaper reported.

Former Prime Minister Hector Valer worked for about a week and stepped down amid allegations of corruption and domestic violence against him.

Opposition lawmakers impeached Mr Castillo twice but failed to oust him, although they managed to fire several cabinet members.