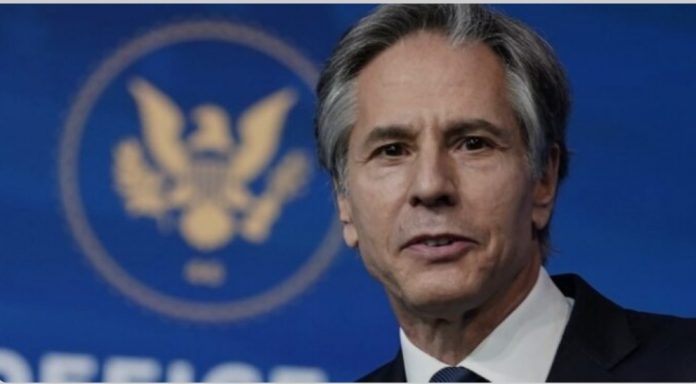 Members of the Peoples Democratic Party (PDP) in the house of representatives have asked Antony Blinken, the US secretary of state, to address issues of human rights violation allegedly perpetrated by the Nigerian government.

Blinken is currently on a visit to three African countries, and will arrive in Nigeria this week.During the visit, Blinken is expected to meet with President Muhammadu Buhari, Vice-President Yemi Osinbajo and Geoffrey Onyeama, minister of foreign affairs, in Abuja to discuss matters on health security, economy, and politics.In a statement issued on Wednesday, Kingsley Chinda, leader of the PDP caucus, appealed to Blinken to address human rights abuses which he said has become the “spur of violent conflicts” in the country.

“The caucus urged the government of the United States, through secretary Blinken, to impress on the Nigerian government as an act of principle to stay within the realm of prohibition by not deploying received military assistance against citizens who embark on legitimate and constitutional agitations, including agitations for self-determination and secession, which are legitimate aspirations under our laws and treaties entered into by Nigeria,” the PDP lawmakers said.

“Secretary Bliken should as a matter of urgency hold the Nigerian Government to account for the wanton assaults on rights, abuse of state power, systematic use of state violence to suppress peaceful protesters, particularly activists of the #EndSARS Movement and campaigners for self-determination, extra-judicial killings, intimidation of the judiciary; and declare to this government that abuses of human rights have consequences.”The PDP lawmakers also asked the US secretary of state to engage the federal government on the insecurity in the country.

“Just this week a Brigadier General was killed by ISWAP and this is in addition to the countless numbers of soldiers who have been killed or grievously injured with the weightless and worthless remark of getting to the root of the matter,” the lawmakers said.“Our country cannot afford the luxury of losing military officers to terrorists when it can seek strategic military and counter-insurgency assistance from the United States that has for many years built strategic and sustained military and intelligence frameworks for fighting terrorism”

“We note that the insistence of the Government of United States that all strategic military, anti-terrorism and counter-insurgency engagements must be in accord with the Leahy laws.”