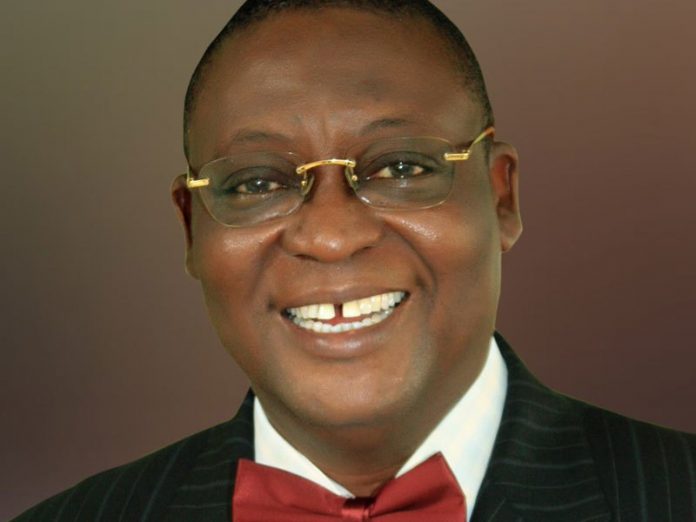 The Peoples Democratic Party (PDP) called on the president not to downplay the criminality associated with the reinstatement of the suspended former head of the Presidential Task Force on Pension Reforms.

PDP, in a statement by its spokesman, Dayo Adeyeye, said apart from the arrest and prosecution of Maina, Buhari should also sack Dambazau and Malami for their alleged complicity in the saga.

PDP said Maina was given an assignment by the last administration to superintend the now defunct Presidential Task Force on Pension Reforms, but that he allegedly “dipped his hands into the jar and helped himself to billions of naira of what he was supposed to safeguard”.

The party said the president should understand that this is a moral and criminal issue and should be so treated.

“We also demand the immediate sack of the Minister of Internal Affairs, Abdulrahman Dambazau and the Attorney-General of the Federation and Minister of Justice, Abubakar Malami, who have been fingered in the illegal act of restoring Maina to office against good conscience,” it said.

PDP also alleged that Maina was reported to have been paid his salary arrears amounting to N22 million, which he collected upon approval and release by the AGF.

“We dare the government of the day to deny this with verifiable evidence. We are shocked and sad as well that the Economic and Financial Crimes Commission (EFCC) with its viable network under the administration of the PDP has suddenly lost steam to the point that it was not aware of the entrance of a high class wanted criminal into the country until the media exposed it.”

“It is not too shocked at the steps taken by the administration of the All Progressives Congress (APC) in reinstating a supposed criminal and fugitive, Abdulrasheed Maina to office instead of getting him arrested,” it said.

Also weighing in on the issue, popular musician and convener of the Mumu Don Do Group, Charles Oputa, also known as Charly Boy, Monday accused Buhari of harbouring corruption among his cronies, family members and close associates.

In a statement signed by Charly Boy and a coalition of civil society groups, the group said: “We have read reports of the reinstatement and promotion of Alhaji Abdulrashid Maina, the former chairman of the Presidential Task Force on Pension Reforms, who was dismissed from the Federal Civil Service for abandoning his duty post and evading arrest for his involvement in the looting of pension funds to the tune of N100 billion.”

“We have also read the statement released by the presidency ordering his disengagement from the civil service.”

“It is obvious that the decision to disengage Alhaji Maina is as a result of the huge public outcry that trailed news of reinstatement.”

“It is also obvious that the Buhari administration has no interest in fighting corruption but condones it where cronies, close family and friends are involved.”

“Assuming, but not conceding, that President Buhari was indeed unaware of Alhaji Maina’s reinstatement as claimed by his spokespeople, it is clear that he is not in charge of his government and as such is unaware of the level of illegality and corruption being perpetrated by officials of his administration.”

“Either way, the inescapable conclusion is that President Buhari is unable or unwilling, to fight corruption in his administration.”

“The only way President Buhari can redeem his image is to order a speedy investigation into the matter and to sack all officials in his administration involved in Alhaji Maina’s reinstatement, including the Attorney General of the Federation on whose legal advice the reinstatement was done in the first place.”

“Anything less will reveal the Buhari administration for what it truly is – a hypocritical administration that is prepared to look away when corruption is perpetrated by cronies and close family members which will only act when public outcry is intense.”

Joining in the chorus, Nigerians took to the social media to express their dismay at Maina’s reinstatement.

The issue saw several Nigerians blaming Buhari while others blamed “the cabal” in the presidency for the recall.

Hours after the scandal was broken by a report by Premium Times, Nigerians had expressed dismay at Maina’s recall given the anti-corruption stance of this present administration.

Although the issue had almost died down, it was again brought to the fore Monday with the announcement from the presidency that Maina had again been sacked and a probe instituted.

But just as the storm over Maina’s recall gathered dust, operatives of EFCC Monday invaded his Abuja home, located at No. 10, Hamisu Muse Road, Jabi District, Abuja.
Sources close to the EFCC informed that the commission was taken aback by his reinstatement, given that it had placed Maina on the Interpol watch list, following his alleged involvement in the looting if about N2 billion pension funds.

EFCC Head of Media and Publicity Wilson Uwugiaren said: “It is true that our operatives visited his house.”

Uwugiaren further stated that the commission was preparing to expand its investigation and launch a manhunt for Maina who was said to have sneaked into the country and has been shuttling between Abuja and Kaduna since his return from the UAE.