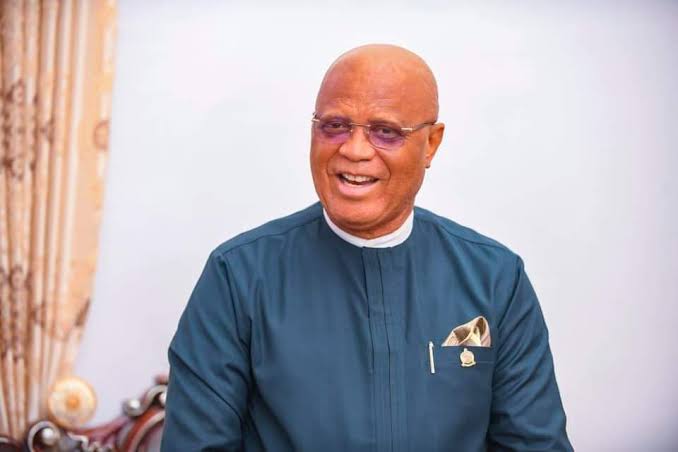 The Court of Appeal in Abuja has dismissed the appeal filed by Mr Akan Okon a governorship aspirant of the People’s Democratic Party, PDP in Akwa Ibom State against Pastor Umo Eno, the governorship candidate of the party in the State

“The three-man panel, in the judgement delivered on Thursday held that Pastor Umo Eno was the duly nominated candidate of the PDP having scored 993 votes as against a paltry three polled by the petitioner.

“The Court maintained that Mr Okon failed to prove beyond reasonable doubts, his case challenging the eligibility of Pastor Eno as well as his allegations of forgery against the PDP candidate.

“The court noted that the respondents failed to file their briefs timely before the court but maintained that despite the failure of the respondents to file a reply or brief of arguments, the appeal must still be meritorious before it can be upheld”

Ndueso said the Court also held that Okon failed to prove that Pastor Eno forged his certificates, and noted that it was funny that the appellant was not a member of the group known as Movement for the Advancement of Democracy in Nigeria, nor a staff of West African Examination Council, (WAEC), yet presented a document purportedly issued to the group by WAEC as evidence in court.

“The court also upheld the decision of the lower court to ignore the report of the forensic expert brought by the appellant, saying it was within the discretion of the court. The counsel to the PDP governorship candidate were Paul Usoroh(SAN) , Muyiwa Atoyeb(SAN), and Uwemedimoh Nwoko (SAN), Ndueso stated.

Also there was wild jubilation in the All Progressives Congress (APC) loyal to former Minister of Niger Delta Affairs, Senator Godswill Akpabio, following the Appeal Court judgement that ruled in favour of, Mr. Akan Udofia as the duly nominated candidate of the party for the 2023 election.

Recall that immediate past Senior Special Adviser to the President on Niger Delta Affairs, and governorship aspirant of the APC in the state Senator Ita Enang dragged Udofia to court challenging the processes that nominated him as the authentic governorship candidate.

There had been uncertainty in the state for some time now, over its governorship candidacy due to the lingering Court case.