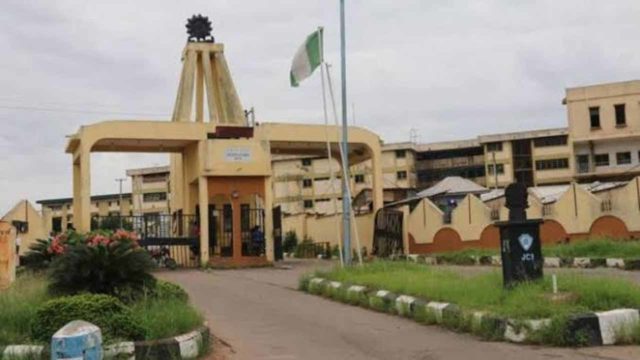 Controversy has trailed the death of an undergraduate of The Polytechnic, Ibadan, identified simply as Oromidayo, at his hostel in Ibadan, Oyo State.

Another undergraduate suspected to be his lover was said to be in a coma as doctors battled to revive her at the University College Hospital, Ibadan.

There are, however, different versions of what led to the incident.

While some students claimed that the duo were found naked with Oromidayo’s girlfriend lying on top of him in his hostel, others said they were unclad in the bathroom of the hostel.

A student, who spoke on condition of anonymity, claimed that the two students were engaged in intense sex when Oromidayo died and his lover fainted.

He said, “Both of them were found naked in the room. The girl was on top of Oromidayo, as his hands were around her waist; both of them were unconscious as blood was seen around Oromidayo’s head.

“Some other persons said Oromidayo died because he used a sex enhancement drug to sleep with the girl. It is only an autopsy that can reveal the cause of death or maybe when the girl that is in a coma in UCH, Ibadan, regains consciousness.”

The President, Student Union Government, The Polytechnic, Ibadan, Abdulazeez Adedeji, confirmed the incident, adding that the academic community was suspecting the duo were killed by generator fumes.

He said, “On Sunday, the two of them were together at the hostel when the incident happened. When I got to the hostel yesterday (Monday), I realised that the fumes emanating from the generator were coming directly into his (Oromidayo’s) room.

“Generator fumes are harmful to health and that is one reason. The second part is that he lost his parents two weeks ago; his brother died on Saturday and was buried that same day, and he died on Monday. So, the suspicion is that the shock could be responsible for what happened to him as people said maybe he drugged himself or thought to the extent that he could not control himself.

“Both of them were found naked; we were to start exams yesterday if not for a protest; we found the book he was reading in his hostel. We gathered that they were found naked in the toilet of the hostel. His family has taken his corpse and the girl is on a life support machine at the UCH.”

The Public Relations Officer of the institution, Sholadoye Adewole, described the incident as unfortunate.

He said, “Because they are staying outside the school, nobody has any evidence of what actually transpired. It is the medical people that can explain the details of what happened to them.

“We learnt that the family members of the boy have claimed his corpse. They were adults and whatever happened, if there was a crime, the police would determine the nature of the crime.”