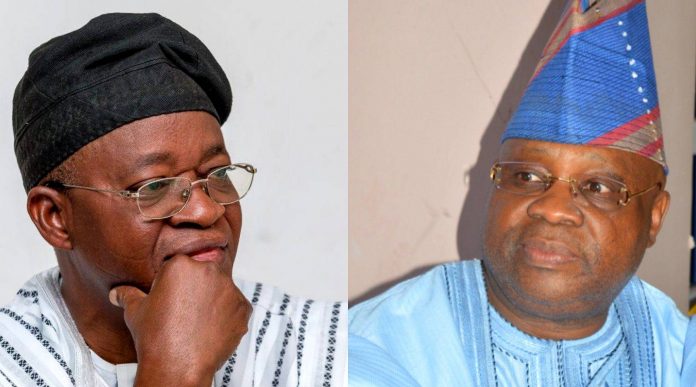 A witness, Samuel Oduntan, who testified on behalf of Governor Ademola Adeleke has told the Osun State Governorship Election Petition Tribunal that over-voting took place only in six of the 749 disputed polling units.

Former Governor Adegboyega Oyetola and the All Progressives Congress, APC, challenged the declaration of Governor Adeleke as the winner of the July 16 governorship poll in the state.

At the resumed hearing of the petition, Oduntan, a Statistician and Forensic Examiner, while being led in evidence by Alex Iziyon, SAN, said he conducted a forensic analysis of the BVAS machine and analysed the result with forms EC8A series to draw his report.

“Under the supervision of the Independent National Electoral Commission, INEC, I conducted the forensic analysis of BVAS machines, I then analysed the result with form EC8A series. My report didn’t determine who won or lost. I only gave the figures. I observed over-voting in 6 polling units. I was paid for the job. But it does not affect the figures and facts in my report”, he said.

Meanwhile, the Personal Assistant to Governor Adeleke, Bunmi Jenyo also testified before the Justice Tertse Kume-led tribunal and tendered his (Adeleke’s) certificates before the court.

The petitioner’s counsel expressed objection against the admissibility of the document and reserved their objection to the written address stage before the tribunal admit the documents as read in the exhibit.

Jenyo disclosed that Adeleke obtained Diploma from PenFoster College on July 16, 2021, and a Certificate from Metropolitan college on August 9, 2021.

“The difference between the days the two certificates were issued in just 24 days. I have never worked as an admission officer in any University in the US but the system is open to people globally with cumulative Academic activities to move from one institution to another”, he said.

Meanwhile, counsel to the PDP, Alex Iziyon, SAN, opened his case and said he will not be calling any witnesses, having relied on evidence from other respondents’ witnesses.

He however tendered from the bar, eight documents already submitted to the panel.

Consequently, Justice Kume adjourned the tribunal sitting till January 13, 2023, for the adoption of the final written address.