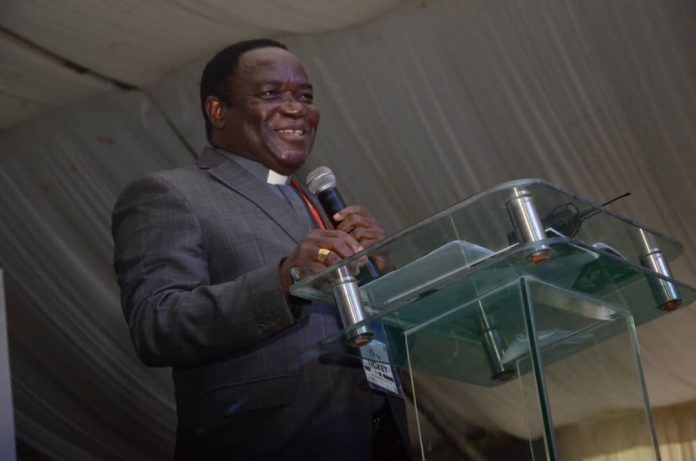 ‘Nigerians are EXHAUSTED!’
That was Bishop Matthew Hassan Kukah’s startling declaration in Port Harcourt, Rivers State on Monday as he spoke on a myriad of issues of national concern at the opening of the 2021 Annual General Conference of the Nigerian Bar Association (NBA). The Catholic Bishop of Sokoto Diocese, who delivered the keynote address at the confab, focused his gaze on the recurring attempts by the political elite in the country to review its constitution – an exercise that has been repeated so often that it has become an object of derision on the part of the people.

He delved into history by citing the evolution of the US Constitution and the Bill of Rights to draw a contrast between the principled debates and the judicial activism involved in the progress of an imperfect but progressive document, and the trivialities of the Nigerian version, which, he said, is no more than a debate between various tribal unions, between southerners and northerners, and between Christians and Moslems. Amidst the noise, he said, the voice of the Citizen – which should be loudest – is lost. A constitution is a secular Bible, he added, and its framers should be constrained in their appeals to religion. In his memorable ‘I Have a Dream’ speech, the legendary Dr. King never once appealed to his Christian religion, Kukah reminded the assembled delegates; instead, he apeealed to the Constitution and the Declaration of Independence which laid its groundwork.

Lamenting the Nigerian elite’s inability to rise beyond primordial sentiment, and its inability to distinguish between moral authority and mere occupation of public office, the cleric said the failure of the Nigerian state has reinforced every negativity in our national life, including our collective (and increasingly willful) ignorance of one another.

He ended by again paraphrasing King in saying that the Nigerian state stands GUILTY of issuing a dud cheque to its people. But the agitations currently roiling the nation today, he asserted, are evidence that the Nigerian people no longer believe that the nation’s bank of justice is bankrupt.
It is time, he said, to begin to cash that cheque, and the political class to play straight with them.