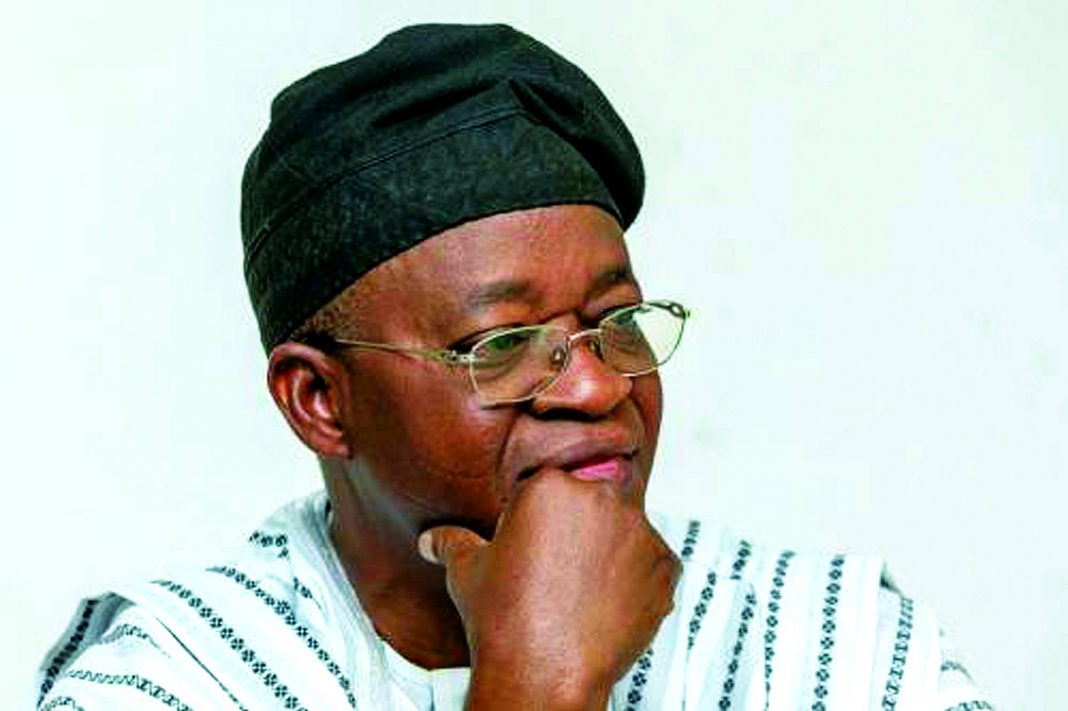 THE State collation agent for Governor Adegboyega Oyetola and the All Progressives Congress, APC, Adeosun Rasaki, yesterday, told the Justice Tertsea Kume-led Osun state election petition tribunal that though he appended his signature on the July 16 governorship election, the exercise was not conducted in compliance with the Independent National Electoral Commission, INEC, guidelines in 749 polling units.

Adeosun, a Special Adviser to the Governor on Local Government and Chieftaincy Affairs, in his evidence before the tribunal said he received reports of happenings from all the polling units from party agents but was not aware if they all signed the election results in their respective units.

Adeosun, who was cross-examined by Counsels to the second respondent, Senator Ademola Adeleke, Onyeachi Ikpeazu, SAN, said evidence before his party showed that the Bimodal Voter Registration System, BVAS, was not used in 749 polling units the governor challenged.

He said: “My party engaged experts to analyse the results of the election. The election was held in partial compliance with INEC guidelines. The evidence showed that BVAS was not used in 749 polling units. BVAS machine was used in my polling unit.

“INEC did not comply with guidelines in 749 polling units to the best of my knowledge. The INEC server cannot be at the polling units but receiving information from all the units. BVAS machine transmits results/data subject to the availability of a network.”

Responding to Professor Paul Ananba, INEC’s counsel questions, Rasaki said he did not operate the BVAS machine on Election Day but knows how it works.

Adeleke’s certificate not in our custody—REC

Earlier, the Resident Electoral Commissioner, REC, in Osun State, had told the panel that the state office of the commission was not in the custody of Adeleke’s certificates.

The REC was billed to appear before the panel in line with a Subpoena issued on him to produce form CF001 of Adeleke which contained his credentials used for the 2018 governorship election.

Asked by the tribunal to produce the said photocopies given to the state office, the witness said: “We don’t have the photocopies again. We have decongested our system.”

Counsel for Oyetola, Chief Akin Olujinmi (SAN) subsequently argued that the attitude of the REC was mainly not to obey the tribunal order issued to REC to produce the documents.

Olujinmi said: “The REC is representing INEC here and he must obtain the said documents at their National Headquarters. He has not said that the National headquarters cannot find that document. So, he cannot excuse the duty of obedience to that Subpoena by his lame explanation that it was submitted to the national headquarters.

“I will apply that your Lordship should direct the REC to approach the national headquarters and obtain the said documents. They had disobeyed the first order and if they like they should disobey the second order.”

But counsel for Adeleke, Ikpeazu said since the documents requested to be produced by the INEC are Certified True Copies, CTC, it can be applied and paid for, without necessarily bringing the REC to the court.

The Tribunal adjourned the ruling on the argument of counsels on the failure of INEC to produce the said documents by Friday, November 25.