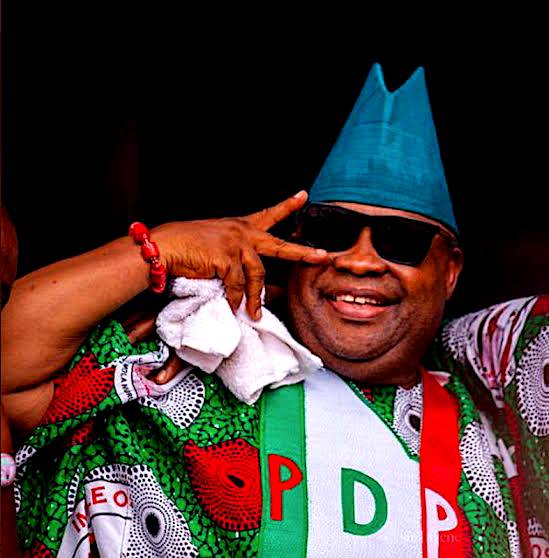 Osun Elections: Checkout The First Thing Senator Adeleke Did After He Was Declared Winner

What Senator Ademola Did The Moment He Was Officially Declared Winner

In a video shared by popular blogger Tunde Ednut, the Osun State Governor elect, Ademola Adeleke was seen in the company of his friends and family when the announcement was made. The moment he was declared winner, he went towards his brother, Adedeji Adeleke, sitting beside him and prostrated before him.

In the emotional video, the moment Senator Adeleke heard the official declaration by INEC, he went down and prostrated before his elder brother, Adedeji Adeleke, who is the father of the award-winning singer, David Adeleke, otherwise known as Davido.

It should be noted that Senator Adeleke received the unwavering support of many of his family members including his brother, Adedeji Adeleke, his nephews, David Adeleke and Tunji Adeleke and party members like Bukola Saraki, former Governor Okowa, Governor Obaseki, Governor Douye, Governor Waziri Tambuwal and many others.

The PDP Stalwarts, Nigerian Award-winning singer, Davido, his cousin, Tunji Adeleke had all travelled down to Osun State to assist Senator Adeleke with campaign activities in the state.

The Osun State Gubernatorial election which was held across 3,763 units in the 30 LGAs of the state witnessed a huge voter turnout and was largely peaceful. For the safety of the electorates, the IGP, Usman Baba Ulkali had deployed about 21,000 police operatives, asides other security outfits, including the military and Nigeria Security and Civil Defence Corps.

Wike: Take Me Away From PDP, I will Still Perform