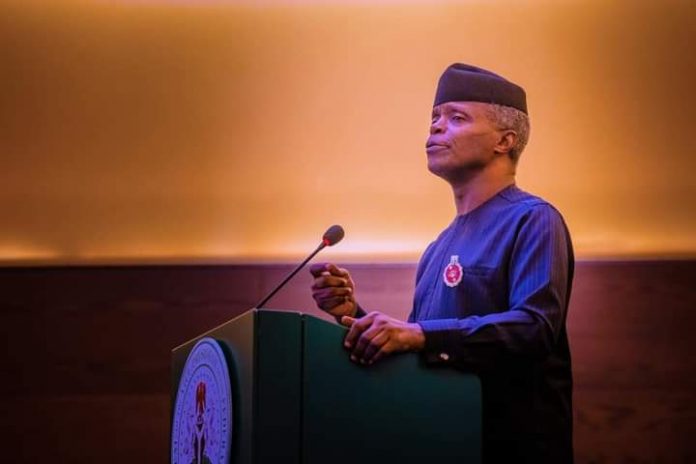 Osinbajo spoke on Sunday in Ghana where he is representing President Muhammadu Buhari at an extraordinary ECOWAS summit to discuss the political situation in the Republic of Mali.In August 2020, members of the Malian military seized power from President Ibrahim Keita.

After the coup, the country instituted a political transition with a timeline of 18 months, starting from September 15, 2021.Bah N’Daw, Mali’s former defence minister, was named president of the country’s new transitional government, while Assimi Goita, leader of the military junta, was named vice-president. They were appointed to oversee the transition period.

But in June 2021, there was another coup led by Goita, who accused the interim president and the then Prime Minister Moctar Ouane of trying to sabotage the country’s transition.Two days after seizing power from N’Daw, Goita declared himself president.According to Osinbajo, there is a strong resolve by ECOWAS and the international community not to accept coups in the region.

So, I think what is being done is unprecedented; in the years gone by, African Union, then known as Organisation of African Unity, never came down heavily on coup d’etat,” he said.“But it is evident now; there is very strong resolve that the ECOWAS, and indeed the international community, will not accept unconstitutional takeovers of government in the form of coup d’etat and other such unconstitutional means of taking over governments.

“So, it is very evident that there is a very strong resolve which is why we are here today.”The vice-president expressed optimism that the efforts being made to resolve the situation in Mali will yield positive results.

ECOWAS calls for extraordinary meeting over coup in Burkina Faso